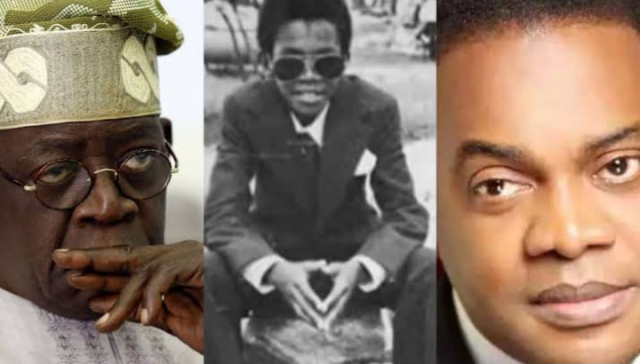 The Former Governor of Cross River, Donald Duke is contemplating seeking justice over the use of his picture to represent Tinubu at 12 years old in a documentary.

Donald Duke shared his views in a video he dropped via his social media platform.

In his words “on the issue of my picture as a boy wrongly used to represent Bola Tinubu in his campaign documentary, maybe they are not able to get Tinubu picture”.

Duke further hinted that he may be seeking legal action or justice.