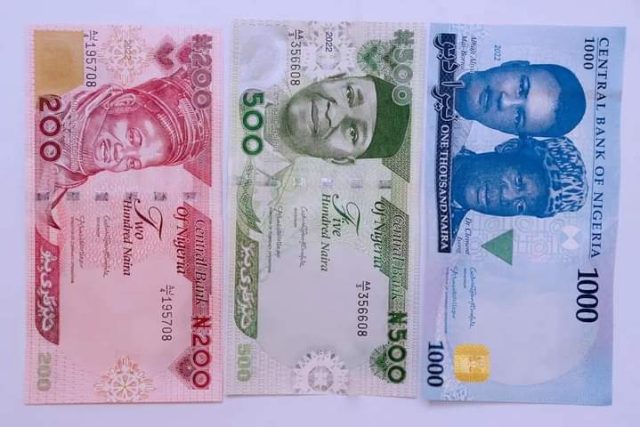 When the governor of the Central Bank of Nigeria Godwin Emefiele announced that the N200, N500 and N1,000 notes will be redesigned, I was one of the Nigerians expecting to see something different, professional and befitting.

Emefiele, so proud of himself, made the announcement saying the redesign was aimed at checking the increasing ease and risk of currency counterfeiting evidenced by several security reports, and the increased risk to financial stability as well as the worsening shortage of clean and fit currency, with the attendant negative perception of the central bank.

Oga Meffy said there was significant hoarding of naira notes by members of the public, with statistics showing that over 80 per cent of the currency in circulation was outside the vaults of the commercial banks.

While giving further statistics, he added that as of September 2022, a total of N3.2 trillion was in circulation, of which N2.73 trillion was outside the vaults of the banks, describing the development as unacceptable.

Yes, all these reasons are arguably tenable, good and make some sense, but where Emefiele made a mistake was using the word ‘redesign’, a complete contrast from what the final outcome of the project.

The CBN boss could have just told Nigerians that the naira notes will be repainted and given improved colours to make them look darker or lighter as the case may be. He could have told Nigerians the truth instead of raising our hopes and dashing them like a crashing plane. Or maybe we are to blame for taking him seriously and putting ourselves in a state of utopia.

A quick Google check for the meaning of redesign shows that it means to ‘design (something) in a different way’. I place emphasis on the word ‘different’. If you are redesigning, there has to be a significant difference from the old or pre-existing thing.

Taking a look at the new notes, every other thing except the colour remains the same, I need to be proved wrong. The font, text, image, size and the whole design have not changed. Nothing was redesigned, it was only repainted.

Who says our creative youths cannot pour blue dye on the old N1,000 note and still be able to spend it on unsuspecting market women, transporters, local farmers and many others after the deadline of January 31, 2023? Many Nigerians can still get lost in trying to figure out the difference between the old and the new, except for the N200 note that now has a reddish colour. Actually, that colour may not be red, but you will have to pardon me because I am bad at identifying colours.

So Oga Meffy just repainted the notes so we can have a clean and fit currency in circulation? Na wa ooo. We hope not to have this kind of heartbreak again, it is one too big to bear.