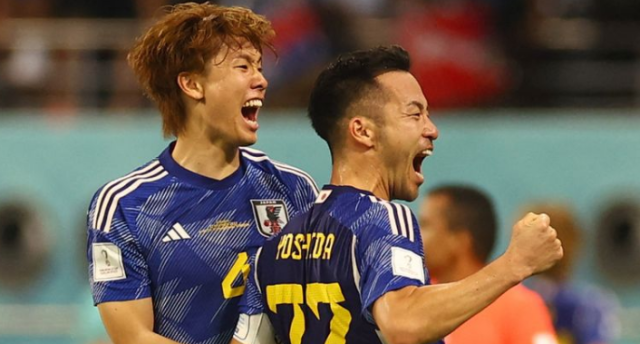 Before kick-off, Germany’s team staged a protest covering their mouths after they were stopped from wearing a One Love armband following threats of sporting sanctions from FIFA.

Japan have beaten Germany 2-1 in their Group E opener in another shock result at the World Cup.

Ilkay Gundogan had put Germany in the lead with a penalty in the 33rd minute at the Khalifa International Stadium in Doha.

Hansi Flick’s side put the ball in the back of the net again during added time at the end of the first half – but it was disallowed for being offside.
s

But two goals in eight minutes turned the game on its head.

Japan’s Ritsu Doan, who plays his football for Freiburg in Germany, equalised in the 75th minute, before a simple long ball over the top was put away by Takuma Asano in the 83rd minute to put Japan into the lead.

Germany failed to convert despite having 74% of the possession and more than twice as many shots on target as Japan.

The result comes a day after Saudia Arabia beat Argentina 2-1 in one of the biggest shocks in World Cup history.

Before kick-off, Germany’s players staged a pre-match protest, covering their mouths after they were stopped from wearing the anti-discrimination, rainbow-coloured OneLove armband following threats of sporting sanctions from FIFA. 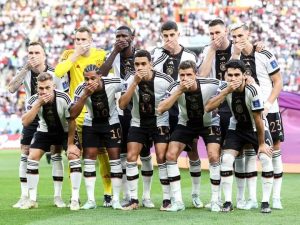 The team, like several other European nations, had planned to wear the armbands in Qatar, where homosexuality is illegal, as a show of support for the LGBT community.

The German football federation, the DFB, tweeted a picture of that gesture, and said: “Denying us the armband is the same as denying us a voice. We stand by our position.”