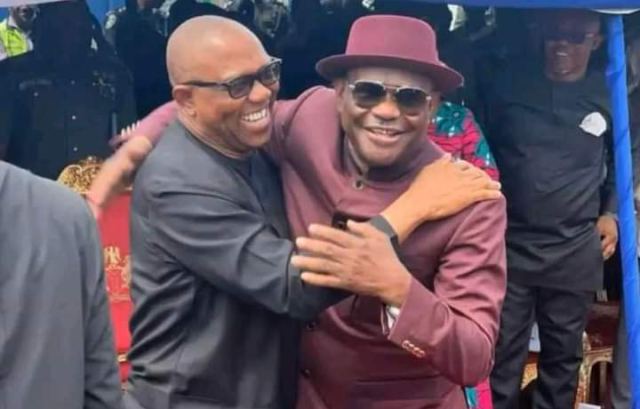 A social influencer and a US based author, Princewill Odidi has taken time to review the dangers of “political romance” between Mr. Peter Obi and Gov Nyesom Wike.

Odidi in his social media post looked into the possibility of deceit and betrayal as likely outcome of the Obi and Wike perceived alliance.

Odidi’s reads in full “I just feel this romance is dangerous. What happens when Obi visits Rivers State to campaign for governorship, Senate and House of Reps candidates in Labor Party? Will he be praising Wike while campaigning for Labor party? Is his romance with Wike weakening labor party in Rivers state?”

“I know Atiku to an extent. 100%, Atiku will yield to Wikes demand and Ayu may resign. This is the reality of politics. It is filled with sacrifices, because the end justifies the means. If Wike returns to PDP what happens to this romance?”

“Wike can never defect to Labor because it is late. This same Wike was in lagos endorsing APC. Wike is a typical politician, I don’t see him as the change the Nigerian poor are killing themselves for”.

“Wike has sponsored several PDP governorship candidates in several states, they are all running under PDP, it is late, no one can defect now. We are waisting our time with him”

“I strongly feel as leader of Labor party, Obi is playing a dangerous game. When the chips are down in February next year, all these guys will abandon Obi and return to their parties. A lot of ObiDients who are in touch with me have expressed disappointment. They are just scared to voice out”.

“I have no problem with Wike, there’s really no love lost or gained with him, but one thing I know, the likes of Wike are not the face of the new Nigeria we are advocating for. Nigerian youths who are arrested and who die daily, I think they deserve real change”.

“Obi’s romance with Wike and the likes is gradually killing the ObiDient message of change. Those who clamor that Obi is one of them now feel justified.

“Peter Obi is better off to stick with the masses, continue to identify with the poor and build your campaign around them. Thinking that the big name politicians are the ones to deliver you is deceptive.

“Several labor party candidates in coming elections keep reaching out to me, they feel there is no direction in the party. They feel the focus has been to deliver Obi as president and not the party. Today we are forced to ask: Are you really the messiah or do we look for another?

“ObiDient rallies are not enough, build a party, build a team, be accessible to the party candidates, organize fundraising, build party ideology and stop this ungodly romance.

“I still support the candidacy of Obi and his capacity to lead the country going forward, but I definitely do not support his romance with the opposition and abandonment of labor party and her candidates.

“Again, you cannot win the Presidency alone, it has to be a group effort.

“I remain ObiDient. We are not blind followers, we speak up when we feel all is not well. That is what makes us different!!” he concluded