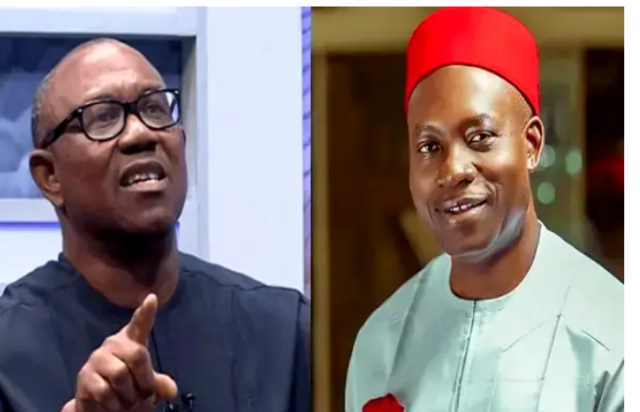 Spokesperson of The Obi-Datti Presidential Campaign Organisation, Ndi Kato has said the recent article written by Anambra State Governor, Chukwuma Soludo deriding the Presidential Candidate of the Labour Party, Peter Obi, was the product of a desperate attempt by Soludo to grab the limelight.

Kato said this in a written response to Soludo, on Tuesday. She explained that rather than dissipate energy responding to the falacies contained in Soludo’s article, Obi remains focused on galvanizing support for the task of redeeming Nigeria from the precipice.

She said, “We read with amusement and dismay, a very lengthy and belaboured treatise of an article, written by Professor Chukwuma Soludo, Governor of Anambra State, focused on our Presidential Candidate, His Excellency Peter Obi.

“It seems obvious that Professor Soludo is itching for limelight, in this election season, perhaps fired up by possible understanding or alliance with our struggling political opponents.

“While we note the glaring fallacies, misrepresentations, personal insinuations and signs of personal vendetta in that long writeup, neither  His Excellency Peter Obi, The Obi-Datti Presidential Campaign Organisation, nor the Labour Party, for that matter, has any interest in an extended engagement with Prof Soludo this critical time when there is a bigger fish to fry.

“His Excellency Peter Obi has his work well cut-out for him, this campaign season.

“Primarily, he is accelerating his reach-out and influence to all Nigerians, rural and urban, in all areas, regions and states; and firmly engaging them, on his critical and visionary plans to take the country from consumption to production.

“In doing this, Mr. Peter Obi is firmly placing the Youths, intensive Agricultural revolution, and revamping of critical areas of the economy as part of the focal points in the drive to turn around our fortunes and take back our country.

“We, the Youths, spreading across partisan political lines, have found reason to place the highest level of trust and confidence in HE Peter Obi, and we are committed to continue to partnership with him, transparently, vigorously and creatively, to bring to fruition, the vital changes urgently required in this our country, of so much potential.

“We strongly believe that A New Nigeria is possible… and together with Peter Obi, we are working to make this a reality.

“This is our focus; this is our occupation.. and we shall not be distracted.”

Former governor of Anambra state, Mr Peter Obi has dismissed Soludo as a man hunted by his past for stating that he (Obi) built no signature project in Anambra State during his tenure.