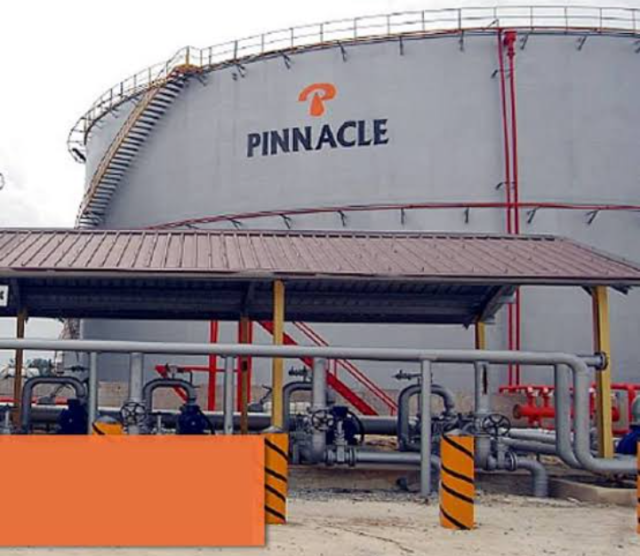 The above statement was contained in a press release electronically made available to News Center and signed by Mr. Dan Nwomeh,
Head, Peter Mbah Media Office.

The statement reads”The cowardly so-called lawyers, who from a quick check, are not on the roll call of the Enugu bar, merely rehashed the spurious and long debunked tales of financial malfeasance against Pinnacle Oil and Gas Ltd and its Founder and Chief Executive Officer, Dr. Peter Ndubuisi Mbah, who is also the frontrunner in the 2023 governorship race in the state, flying the flag of the Peoples Democratic Party (PDP)”.

“Coming less than 24 hours to the well-publicized Presidential Commissioning of the company’s $1 billion offshore subsea petroleum products terminal, the first in Nigeria and West Africa in general, to be performed by the President and Commander in Chief of the Armed Forces of the Federal Republic of Nigeria, His Excellency, Muhammadu Buhari, GCFR, it is not surprising that the disgruntled sponsors of the calumnious vituperations are having sleepless nights over the towering stature of Dr Peter Mbah as a national and international brand”.

“The fact that President Buhari, who is the national leader of the All Progressives Congress (APC) is performing the inauguration of the monstrous Pinnacle facility, owned by a PDP governorship candidate, ought to have told the sponsors of the hackneyed tales that the gargantuan Pinnacle project is a strategic national asset that supersedes party affiliations and extreme partisanship. It should also be noted that a component of the multifaceted facility is the largest tank farm in Nigeria and West Africa in general with a storage capacity of one billion litres of petroleum products at the maximum that will put a permanent stop to fuel scarcity in the country”.

“Indeed, if the President and Commander in Chief was ever in doubt about the sources of funding of the monumental project, common sense should have told the fake news peddlers that he would rely more on the troves of classified dossiers on the parties involved; from the national security, intelligence and anti-graft agencies under his control rather than a bunch of confused, desperate and frustrated ragtag minions of well-known grumpy and implacable renegade and turncoat who, having been roundly defeated and equitably disgraced from the PDP, defected to another party”.

“The fake petition did not initially warrant us dissipating our time as members of the public already knew where the hatchet job was coming from. However, to leave it unattended might mislead unsuspecting members of the public, especially their gullible followers who would neither ask questions nor interrogate such lie”..

“For the avoidance of doubt, evidence and facts are ample that, Pinnacle Oil and Gas Ltd, Dr. Peter Mbah or any of its agents, subsidiaries or associates have never been indicted, convicted nor even entered what in legal terms are known as “Charge Plea, Plea Bargain or Guilty Plea” which may indicate any guilt or conviction against them as alleged by the fake petition signed by one non-existent name, F.N Ezea”.

“All previous and present records, including courts’ and securities’ showed, frontally, categorically and unambiguously that Dr. Peter Mbah, Pinnacle Oil and Gas Ltd, or its affiliates have never been indicted for any offence known to Nigerian laws or even outside Nigeria in the course of carrying on his businesses or even when he served as a public officer in Enugu State Government”.

“It is quite understandable that members of the opposition and those in perpetual trepidation about the growing influence of Dr. Mbah in terms of changing the narratives and turning things around for the good of the common Nigerians, and Ndi Enugu in particular, can desperately go to any length to manufacture, fabricate, concoct lies, doctor documents, manipulate images using photoshop just to disparage a man because of selfish political interest”.

“For the umpteenth time, the unassailable truth remains that neither Dr. Peter Mbah, CEO, nor Pinnacle Oil and Gas Ltd, has ever been indicted by any government panel or court, or currently facing trial for any alleged criminal offence. Needless to add, the two have never been party to any plea bargain in any court of law in Nigeria or anywhere in the world”.

“The allegation in the said petition that Dr. Peter Mbah, alongside Pinnacle Oil and Gas Ltd, was charged “for conspiracy to commit advance fee fraud and fraud of #986,154,970.41 from the Petroleum Support Fund of the Federal Government of Nigeria” and that “the said Charge No. ID/117c/2012 is still pending at the Ikeja Division till date” is entirely deceptive, fictitious and a malicious misrepresentation of facts”.

“The truth is that, indeed, 10 years ago, an allegation was made against Dr. Mbah and Pinnacle Oil and Gas Ltd which resulted in litigation, in suit number ID/117c/2012, before Hon. Justice Candide-Johnson of the High Court of Lagos State”.

“However, when confronted with incontrovertible and conclusive evidence, the prosecution deposed to a sworn affidavit where it averred that it was a case of wrongful charge”.

“In an application entitled “Application for the withdrawal of criminal charge” brought before the court by the EFCC prosecutor, Usani Francis O, Esq, on 26th July, 2012, the EFCC pleaded for “AN ORDER granting leave to the Prosecution to withdraw CHARGE NO. ID/117C/2012 against all the Defendants.”

The EFCC, having established that the Defendants were completely innocent of the charges against them, further supported the application with an affidavit deposed to by its lawyer, Usani Francis O. Esq, with averments which admitted that a mistake was made by the investigation agency in the charge against the four (4) Defendants.

In this affidavit, deposed before the High Court of Lagos State on 27th July, 2012 in respect of Charge No. ID/117C/2012, the deponent stated inter alia: “That the charges preferred against the Defendants in this case were misconstrued by the prosecution and were inadvertently filed against the said Defendants.

“That a review of the prosecution’s case and the evidence available to the prosecution clearly shows that the Defendants did not commit the offences for which they are charged.

“That withdrawing the charges against the Defendants will meet the interest of justice in this case.”

The trial judge, Hon. Justice Candide-Johnson, based on the prosecutor’s averments in the sworn affidavit, duly struck out the case.

Both the deposed affidavit and His Lordship, Justice Candide-Johnson’s judgment in the matter are public documents, the certified true copies which we plead with truth-seeking Ndi Enugu and Nigerians to apply to access, for the sake of justice and equity. Not doing this will give opportunity to maggots-minded politicians on image immolation escapade to fester in their nefarious game of crucifying anyone who expresses their intention to serve their people.

In this instance, it will amount to the crucifixion of a man known all over by those who have had interactions with him, for his purity of mind and fairness in dealings with the other man.

Why a case that is long dead, buried and consigned to the trashcan of history where it rightly belongs, and for which Dr. Peter Mbah and Pinnacle Oil and Gas Ltd came out clean, with their integrity unsullied, would be excavated in the minds of politicians who are afraid of a fair political contest, should bother all men of goodwill.

Only recently, similar fake news also filtered in from the same bunch of failed and grumpy elements who manufactured lies and sold to less discerning readers that Dr. Peter Mbah was declared wanted by the United States Federal Bureau of Investigation (FBI). Unfortunately for them, their fake news could not fly on the face of incontrovertible surplusage of evidence and facts pointing towards the clean slate of the international maritime investor before the international community.

It is on record that Pinnacle Oil and Gas Ltd is a global conglomerate with business interests spanning across the United States and other countries, with many American expatriates under the employment of the company. Interestingly, Dr. Peter Mbah was in the United States for two weeks just last month where he toured different US cities, interacting with the Enugu diaspora community. Where lies the FBI all this while if the specious, fallacious and delusive claims were to be true?

“We remind the media of the ethos of the hallowed journalism profession and urge them to be wary of publishing unsubstantiated sensational allegations without subjecting them to basic scrutiny” it ended.