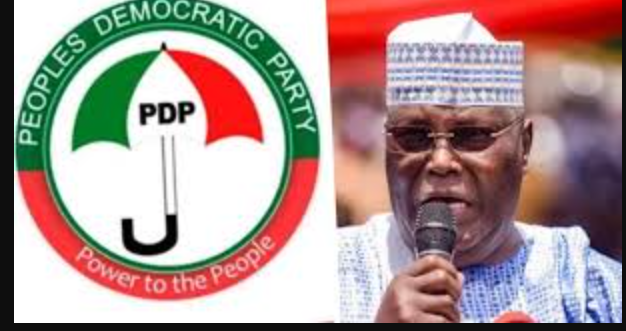 This unprovoked attack is not only reprehensible but also exposes the desperation of the APC which is overwhelmed by the continuing popularity of the PDP and our Presidential Candidate, Atiku Abubakar for which they have now resorted to violence.

The aim of the APC for this attack is to frustrate the PDP Presidential Rally, trigger tension, violence and cause bloodletting in Kaduna State. This is contrary to the undertaking in the Peace Accord signed by political parties on September 28, 2022 in which the Presidential Candidate of the APC was conspicuously absent.

The attack today by the APC must give well-meaning Nigerians concern as some report allege that the vicious assault on the PDP Presidential Campaign was spearheaded by the APC governorship candidate in Kaduna State.

The frustrated APC having realized that it cannot legally and legitimately sponsor candidates for the 2023 general elections has now resorted to violence and attacking our party members and innocent citizens with the aim of derailing the entire democratic process.

The APC is intimidated by Atiku Abubakar’s popularity and acceptance among majority of Nigerians following their confidence in Atiku Abubakar’s practical experience, record, capacity, broad-mindedness, Pan-Nigerianism and willpower to unite our nation, revamp our devastated economy and guarantee security of lives and property in our country.

In any case, our Party is undeterred by such cowardly attack as Nigerians are already connected with our issue-based campaign and Atiku Abubakar’s message of hope which is already resonating throughout the nooks and crannies of our country.

The PDP salutes the courage displayed by the people of Kaduna State in coming out enmasse to resist and overwhelm the APC and its agents, ensure the success of the PDP Rally, reinforce their support for Atiku Abubakar and re-emphasize the fact that Kaduna State is home to PDP, which gave Atiku Abubakar the highest votes in the 2019 Presidential election.

These desperate elements should be reminded that from history, the people of Kaduna State have never been cowed or subjugated and cannot now especially in their present resolve to vote in Atiku Abubakar as the next President of Nigeria.

The PDP acknowledges the massive inflow of new members into our Party, especially from the fizzling APC in Kaduna State and throughout the country because of APC’s failures in governance.

Kaduna State is a Melting Pot State and such inflow into the PDP denotes the confidence and trust Nigerians, irrespective of ethnicity, religion and political affiliation, repose in Atiku Abubakar as the next President of the country.

It should be recalled that the PDP, on Sunday, October 16, 2022 alerted on the plot to disrupt our scheduled Presidential Campaign in Kaduna State today. Our Party therefore charges security agencies to ensure that the perpetrators of this attack are brought to book.

The PDP calls on President Muhammadu Buhari to call his partymen to order and ensure adequate security for a free, fair and credible electoral process in our country.