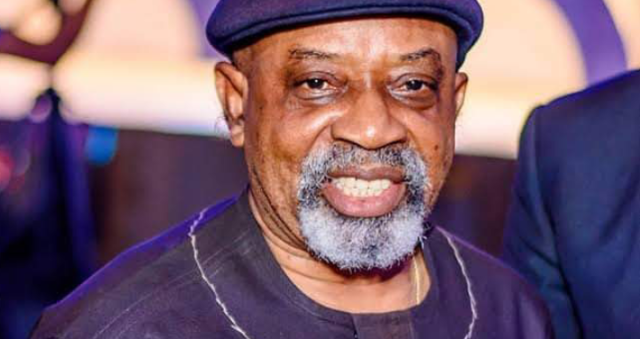 Anambra State chapter of the All Progressives Congress (APC) has disowned the Minister of Labour and Employment, Dr Chris Ngige, over a recent interview he granted a television station.

Ngige in the interview failed to state if he would vote for the APC candidate in the 2023 election, saying that voting was a matter of conscience and not to be stated publicly.

In a press conference on Thursday, the Anambra State chairman of the party, Chief Basil Ejidike disowned Ngige, saying that the minister did not speak for the party in Anambra State.

Ejidike, who also spoke on the continued usurpation of the position of publicity secretary of the party by one Okelo Madukife, also discountenanced him, saying he has long been suspended from the party, and has not been readmitted.

He said: “We are here to clear the air on the misinformation of the public by the former publicity secretary of the party, Mr Okelo Madukife, and the recent interview by the minister of Labour and Productivity, Dr Chris Ngige on Channels Television.

“Ngige was on Channels and was unable to express support for the candidate of the APC, Asiwaju Bola Tinubu in the coming election.

“For us, we believe his appearance was personal and has nothing to do with APC in Anambra State. He was not there to represent APC or speak for APC. The views he expressed are personal to him.”