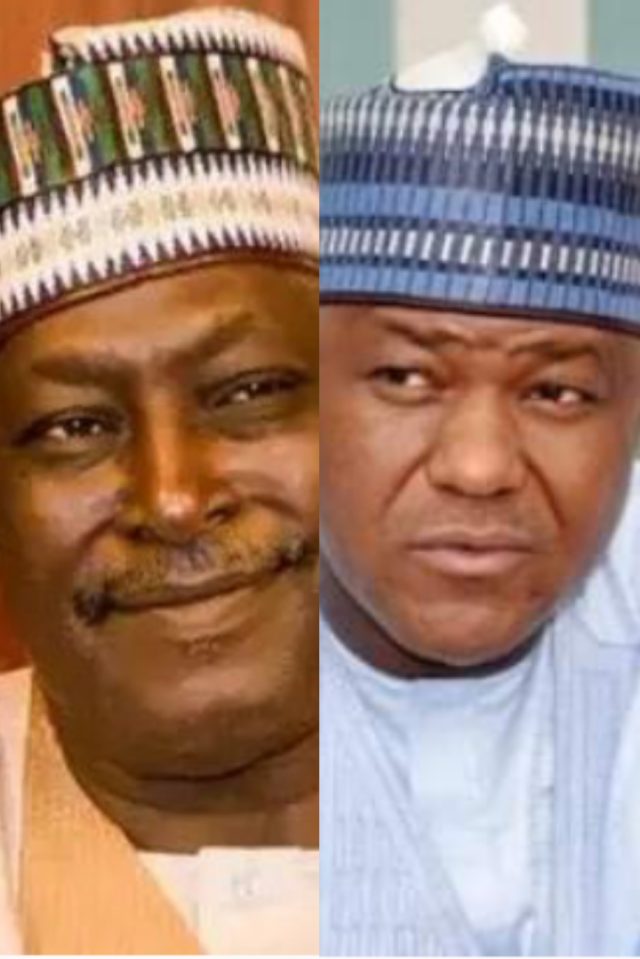 The supporters of the presidential candidate of the All Progressives Congress (APC), have cautioned a former Speaker of the House of Representatives, Yakubu Dogara and an ex-Secretary to the Government of the Federation (SGF), Mr Babachir Lawal to stop overheating the polity over the Asiwaju Bola Ahmed Tinubu/Senator Kashim Shettima 2023 presidential ticket.

Dogara and Lawal had vowed to mobilise against the APC in the 2023 presidential election for fielding Tinubu and Shettima.

“This (APC) ticket must never succeed. And we will make sure we defeat it in such a resounding manner that nobody in his right senses will ever think about it again,” Lawal said recently in a televised interview.

At the launch of Asiwaju Trumpeters, a Tinubu presidential support group in Abuja, its Deputy National Coordinator, Lookman Alawaye, warned Dogara and Lawal against stoking the fire of hatred, animosity and bigotry.

Alawaye said: “We all know that what is most critical in Nigeria is religion and could easily be misused to trigger violence.

“We appeal to them to be calm and retrace their steps and see reason with us. In politics, there is no permanent friend and enemy. Sometimes, we are friends; other times, we are foes.”

Alawaye said while he aligned with those that had raised concern about the APC same-faith ticket, he said competence and capacity should not be sacrificed for religiosity.

He urged critics to look at the antecedents and capacity of the APC presidential and vice-presidential candidates, Tinubu and Kashim Shettima respectively, who he said, were not known to be religious bigots.

“The APC Muslim-Muslim ticket is not inimical to the growth of the economy, security and welfare of the citizens,” he said.