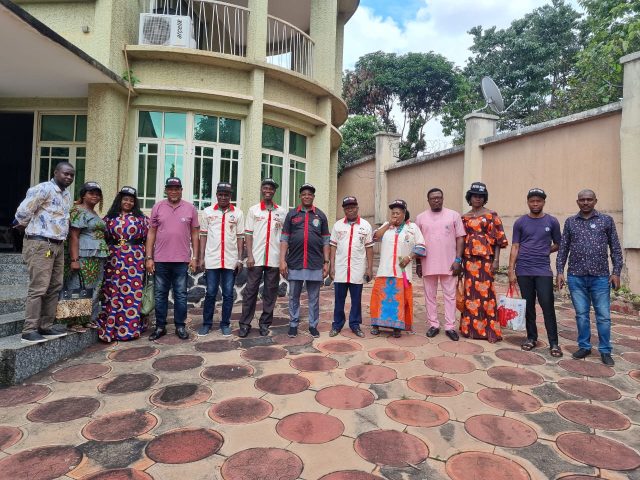 The Solidarity Alliance Support Group for Peter Mba has paid a visit to the Director General of the PDP Campaign Organization, Chief Ikeje Asogwa in other to strengthen relationship for a desired result in 2023.

The Support Group led by their convener and Chairman, Board of Trustees, Rt. Hon. Paul Nnajiofor, Ononenyi accompanied by some of the Central Executives and their Local Government Coordinators expressed readiness to contribute their Quota towards a successful PDP campaigns and final victory of Barr Dr Peter Mba, as well as all Party candidates in the forthcoming general elections.

They Commended the Choice of Chief Ikeji Asogwa as the Director General and convinced that he will deliver. 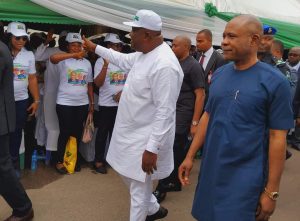 The Highlight of the visit was the Investiture
decoration of Chief Asogwa as a Pillar of Participatory Democracy in Enugu State.

Meanwhile, Chief Asogwa while thanking the group for the visit, expressed readiness to work with relevant stakeholders in Enugu to achieve victory in the forthcoming general elections.

They used the opportunity to decorate the traditional Ruler, Igwe Patrick Eze Ezeoha as their State Patron. 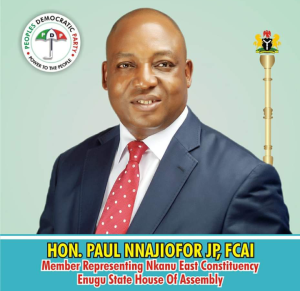 It is worthy of mention that the Solidarity Alliance is one of the Leading formidable Support groups within the Peoples Democratic Party in Enugu State. It is founded by Rt Hon Paul Nnajiofor, the Member Representing Nkanu East Constituency in the Enugu State State House of Assembly in March, 2022.

The group aims to join in mobilizing support of the Enugu State electorates for Barrister Dr Peter Ndubuisi Mba the PDP Governorship Candidate as well as Barr Ifeanyi Ossai his Deputy and all other Party Candidates in the forthcoming general elections.