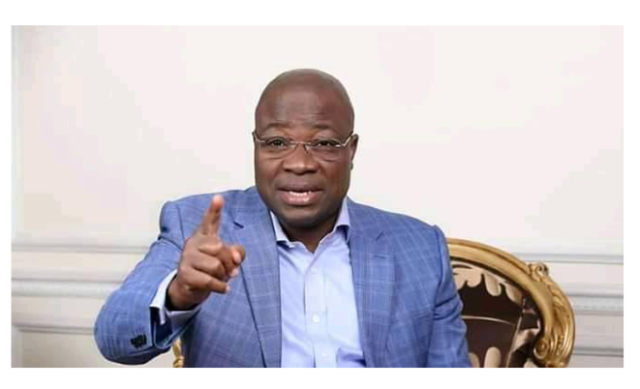 In this interview with EDIDIONG IKPOTO, the Group Chairman of Mutual Benefits Assurance Plc, Akin Ogunbiyi, speaks on some of the challenges hindering the growth of the insurance industry in Nigeria

HOW would you assess the insurance industry, considering its low trust index compared to other sub-sectors of the financial sector?

Even though insurance is over 100 years in Nigeria, it is still at an infancy stage. If I am not mistaken, insurance penetration in Nigeria today is still under 0.25, and that number has been quoted in the last 10 years. In fact, I have had them quote it in the last 20 years. To be frank, when I came into the industry, they were still quoting 0.25, and that situation is very unfortunate.

The National Insurance Commission (NAICOM) recently suspended the licences of some big players in the industry. Should we expect to see more of this?

I really wish we had very powerful, reasonable regulations. We have had companies that have been on the brink, but the boldness to sanitise the industry was not there. If you look at the companies distorting the market today, it is still those big players. They dictate for NAICOM. When you have the regulated dictating for the regulator, it is a major issue. We have always had these challenges. All the insurance companies that went under died natural deaths, not because NAICOM was involved, not because NAICOM did what they were supposed to do. If NAICOM did what they were supposed to do, they would have taken their licences. They allowed them to die natural deaths because there was no boldness on the part of NAICOM to do the right thing. People say we are over-regulated, but it is only on a capital base that they are always mentioning. We are not over-regulated anywhere. NAICOM doesn’t have the capacity to effectively supervise this industry. They don’t have the capacity to do what the Central Bank of Nigeria was doing to banks. We would have done better in the insurance industry if there had been strong regulations. People say there is over-regulation, but I am telling you, we have extremely weak regulations.

How would you rate the capacity of insurance companies as pension managers?

Before the Pension Reform Act, which formed PENCOM, came up, the insurance industry had the benefit of underwriting pensions. However, because there was no supervision, the same experience that people are having now was the experience at that time. You do your investment savings scheme and when the time lapses for you to collect your money, insurance starts telling you stories, and it wasn’t so much that the people didn’t get direct benefits. Not all the insurance companies were doing that, but if there had been effective supervision, they would have sanitised the industry at that time. But look at since they came up with pension contributions, the Pension Act that took that pension directly from the insurance industry to the government agencies, how many trillions do we have?

The Market Development and Restructuring initiative (MDRI) was to take up to N1 trillion in 2012. By 2022, we were still at 400,000. The good thing that the law did was the low premium, low cover that made sure everybody paid for insurance premium. Now, we have a pension. The government made it compulsory and this is the role that I keep saying that NAICOM can play. If NAICOM had come to the rescue of the industry when we had that pension, we would have been talking of several trillions of naira as income now.

Fola Adeola interviewed me and I gave him the idea. I didn’t know he was going to do it for the government. But the point is, the way the pension is run, what are we using it for? How is it easy for people to get their benefits? The same issue that we were having with the insurance industry is still there. In fact, it’s now bigger because what is at stake is far larger and bigger than what was at stake at that time. If you check the pension account now, how can you borrow some people’s money? The Federal Government was borrowing from the pension fund, and they have taken everything. So, people retire today, what happens to them? People who retired yesterday, what happens to them? This is the crisis. It is unfortunate. So, the people running the pension office have no money to settle anybody. Yes, you can put pension assets in infrastructural development that will generate cash flow over a period of time. When the government borrows it, go and ask where the trillions are. It is in private pockets.

There is nothing wrong with taking money. America is the most leveraged in the world now and yet is the wealthiest. You can borrow money, you can be leveraged but when you take money, what are we going to use it for?

What are your thoughts on capitalisation and local content emphasis in the industry?

I will tell you straight away. It still boils down to NAICOM. We have the capacity to take on any risk in this market. We don’t even need to get to N10 billion or N8 billion, but we are there now. Look at the industry, they said we don’t have capacity, let’s raise capacity for you. They went to court to stop that law on capitalisation. But even before then, I would say we don’t even need to do beyond N2 billion and N3 billion. What is the essence of reinsurance? The re-insurance that we have gives us multiples of capacity, but we have not used it.

Now, we have got to N18 billion. How much do you need to start a bank? You need N25 billion, and there’s nothing this government will do that the money will not pass through the bank. So, the bank will make free money. I say it’s in insurance that you have the creativity and ingenuity of marketing, but banks just take free money. As you’re seated now, if you send money to someone, they’ll take your money.

How would you rate the compliance of industry players with ethical standards of the industry?

Unethical practice is the bane of this industry. I have said it, it is still happening. I delivered a paper at CIN on development and I said the people killing this industry were two groups: the big brokers and the big underwriters. I said it openly. The big brokers compete on the basis of price and not on the basis of service. So, if something is N1 billion, for them to get their cut, it will be basically on pricing. They will price themselves as low as possible. Sometimes, you can call N1 billion premium. They can do it for N50 million. They will compete among themselves and they will bring it down to N50m. Who loses? Well, the industry loses. The big brokers and the big underwriters are the ones.

I once had a personal experience with a broker. He said, “Look, I am a broker. I want this business. Whether I quote it one naira or not, as long as I have my commission, when anything happens, it is his (insurance company) problem.”

That was what he told me. When you talk of unethical practices, NAICOM has a big role to play. If the lending rate in the country is 22 per cent, that means the savings interest will be about eight or nine per cent and a bank says, “I’ll give you 60 per cent return on your money,” will the Central Bank of Nigeria allow that bank to run? So, what are you regulating when the regulator is saying that the industry has given so many discounts? Who are the companies involved? What have you done to them? NAICOM has to be up and doing. We have a better way of doing it now. There is technology, and they can regulate us better.

There is still untapped potential in the insurance industry. What can you say to young people who desire a career in this sector?

I still say that the insurance sector has huge potential. As it is today, I don’t think the statistics have changed, but I think if we’re still at 0.25 penetration, that means there is opportunity for development for the sector. For the young ones, get professionally qualified, read a lot. In those youthful days, I read a lot to get ideas. The globalisation of the world today has made it easier for anybody who wants to do anything. So, there is nothing new you want to do in the industry. Rather, you can copy and see how it can work.

You have to be forthright and have an appetite for risk-taking. It may not need to take so much risk as I’ve done. For the young ones, there are a lot of opportunities in the insurance industry. I want to encourage them to start. Try and see how you can challenge the status quo, and things will fall in line.