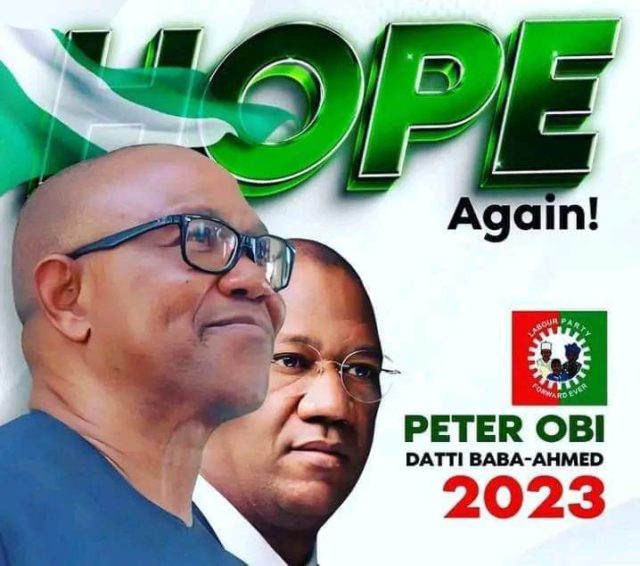 The Labour Party, LP, has dismissed news making the rounds that it’s presidential candidate, Mr. Peter Obi, was abroad to solicit foriegn funding for his campaigns

National Publicity Secretary of the Labour Party, Abayomi Oluwafemi, gave this clarification in a telephone interview with Vanguard, on Saturday.

He described the speculations that the party was equally seeking foreign funding for its activities as part of the antics of political opponents, who were intimidated by the rising profile of the Labour Party and its presidential candidate.

Oluwafemi said: “It is ridiculous that our political opponents have descended to a new low to insinuate that our party is oblivious of electoral laws.

“For the avoidance of doubt, neither our party nor our candidate is seeking for foriegn funding for any of our activities.

“Our candidate, Mr. Peter Obi, is hitting the ground running.

“He is reaching out to Nigerians in the diaspora most of whom have lost confidence in the current administration and see no reason to come home to invest.

“He is getting them ready to have a rethink because the incoming Labour Party-led administration which by the grace of God, he and Datti will be leading, will provide an enabling environment for direct foreign investment required to revive our ailing economy which the APC has unfortunately destroyed.”

The Publicity Secretary equally dismissed speculations of a conflict between the party leadership and the presidential candidate over campaign funding.

According to him, the party had since debunked the speculations which it said was part of an orchestrated plot by political opponents to whittle down the growing influence of the party.

He said the Labour Party and all of its candidates remain focused on the task ahead.