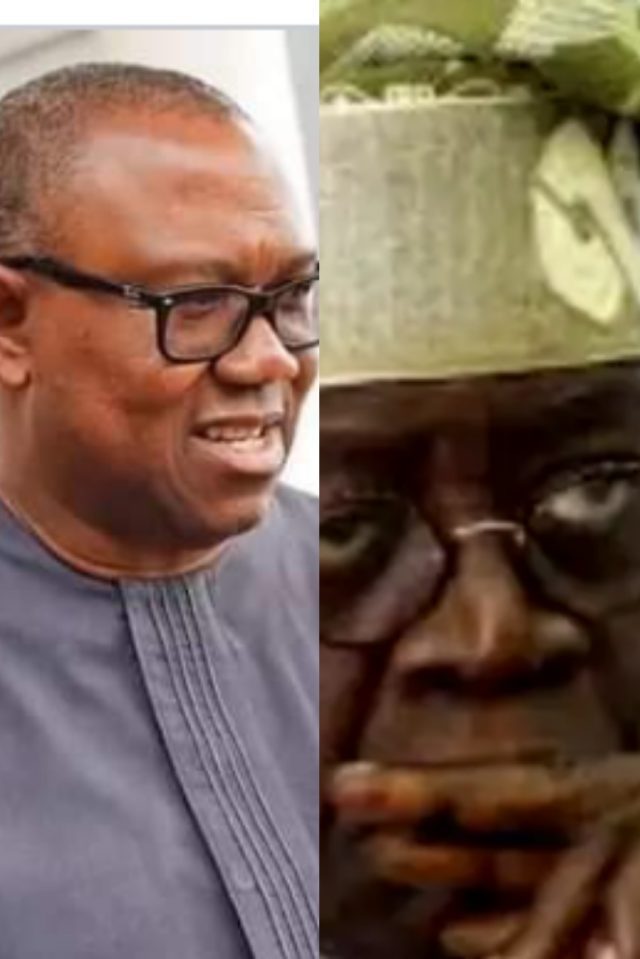 Ahead of the commencement of campaigns for next year’s election, the immediate past National Secretary of Pan Yoruba Socio- Cultural Organization, Afenifere, Basorun Sehinde Arogbofa, has expressed doubts that the election would hold.

In this interview, Arogbofa, without mincing words said that the foremost Yoruba group would queue behind the presidential candidate of the ruling party, Asiwaju Bola Tinubu if the election holds, as against the position of its national leader, Pa Ayo Adebanjo who has openly supported the candidate of the Labour Party Mr Peter Obi.

He spoke on others national issues.

Is the 2023 general election feasible, judging from the unending insecurity across the country?

In one of the interviews I granted in 2021, I did say that unless there was security of lives and property there were doubts that the 2023 Presidential election or any credible election whatsoever would succeed. In situations where voters would not be able to go out to vote, where people’s lives were not safe, and people would not be able to move round for campaigns because of kidnappers and hoodlums, I felt holding elections was unhealthy and dangerous.

The situation is even not becoming better now. Insecurity is becoming worse and there are killings and kidnappings here and there, farmers can not go to their farms, even to bring food, let alone to prepare grounds for the planting season.

In some areas kidnappers and bandits have walked in and taken people away. If security is improving the issue of Amotekun would not have risen. It was as a result of escalating insecurity that Amotekun and some other security outfits in like manner came into existence, nearly all over the country. We remember with fear the Kaduna train kidnap saga. What about the Kuje prison outbreak? Look at the Owo Church broad day massacre. They are all worse indications.

Honestly, unless the President can summon the right political will to deal with the situation, and such right signals can be picked by all concerned, the security officers inclusive, I can’t see Nigeria holding a free and successful election under the growing and unabating insecurity on the land.

A soldier, like the leopard, rarely changes his ways. General Buhari has his own style, his own belief and his own ways of life. He is not like Babangida who made use of experts in his administration, brilliant people who gave him ideas while he in turn found time to implement some of these ideas. The state of health of either of them is also different.

Buhari has neither the good health nor the political will. I am not sure General Buhari can do better than what he has been doing.  He’s been there for over seven and half years and honestly, apart from the people he appointed and his advisers, talking and eulogising him, Nigerians haven’t got what they bargained for from him. His ability and capability in governance are limited. We were told he is frugal, and doesn’t like corruption, but again look at the other side. He is surrounded by corrupt people, and this can be used against him. He’s surrounded by people who won’t be able to tell him the truth. From the statistics and analysis we are having, it is said that Nigeria is more corrupt than when he took over.

The economy is crashing. If the common man can’t have one good meal a day, not to talk of two, where do we go from there? If the common man can no longer go to his farm to prepare crop for the planting season, or at the point of fruition, his crops are deliberately destroyed by herdsmen, how can the economy improve? Look at our major source of revenue, oil the report we hear is that the place stinks with all manner of corruption. The raw materials are smuggled out while the refined products are brought back at higher prices for us to buy.

Parents should normally feed their children, but we are told that billions of Naira go into feeding public school children. Why will the economy not go down?  Only a few days ago we were told that tens of billions of Naira was spent in cutting bush somewhere in Abuja. Don’t forget that a former Secretary to the Government of the Federation was sent packing because he too spent billions of Naira in clearing bush to arrest grass cutter invasion.

The President hasn’t got the strong will. He seems to have got to the peak and can no longer do much. He is even eager to leave office. The strong will is not there for him to change anything for better. So the economy, like any other critical sector, can’t be better.

As an educationist, are you not worried about the lingering ASUU strike?

A lot of accusations and counter accusations have been traded. I don’t want to be drawn into them. I will prefer to think of the ways out. ASUU has a good cause. It has not been talking about its personal interests but about decadence in university education. We are losing control in the management of our educational system. There are no adequate infrastructural facilities for our students, virtually no instructional facilities in their laboratories, especially in Medicine where most students study in abstract.

If facilities are not there what kind of doctors are we producing?  So what ASUU is saying is that, give us infrastructural facilities so that we can produce better materials to serve the society and make the society better. What they are asking for is better classrooms, healthy environment for learning so that the system can be better. These are what ASUU has been asking for.  We learnt that the Government, as far back as 2009, has not been able to implement decisions reached but has been using delay tactics.

And we are inclined to believe because we are worried at how a good government can open its eyes and allow university teachers to be on strike for six months and students out of their classes for six months. There is indeed a problem. But for the Minister of Education to come out and say that no work no pay, and for, ASUU to retort that no pay, no service, who do you think is going to bear the brunt? Of course the students, their parents and the future of this country. If the issue of salary payment for the period under strike is the only thing blocking the agreement between the government and ASUU, I will want to plead with the government to have a rethink, bring ASUU back to table and negotiate how that backlog can be resolved.

The government should behave like a good father and not employ the war-war approach. As to the poor salary structure ASUU complained of, I think it was time for government to look at all its establishments and try to evolve a system where it pays employees according to the nature of work done for the society, the quality of work done, and the significance of what is done.

ASUU deserves to be called back to the negotiation table and not intimidated as intimidation will not solve this problem. The federal government should realize that it has its own fault for not arresting the situation for well over six months. Let’s save our education industry.

We have three major candidates from three major ethnic groups in the country for the Presidential race, what does this portend for Nigeria democracy,  politics and 2023 election?

Looking at it from that angle, that may not be the best. But there is a way of making for that, since their deputies have been chosen from other geopolitical zones as a way of balancing up.  But my fear is that there is no solid structure on ground for any of them to succeed. This is what I mean. We have been talking about the restructuring of this country to have a true federal system as in America where for example a super state like California doesn’t pose any threat to a poorer state like Alaska, which still has its own laws, police and everything.

In Nigeria, for a long time we have been talking of restructuring so that every state can have its own police to solve the insecurity issues for example. A federal police officer from Maiduguri for instance cannot know the nooks and corners of Ondo State, so the state police should exist side by side with the federal police. We are asking for restructuring so that every state will be able to use its resources, after paying an agreed tax to the federal Government, to provide jobs, maintain roads, develop other infrastructures fund education and health and maintain peace.

Unless we restructure this country so that every state can manage its own affairs like in America, whoever is coming to rule this country will have problems, unless such a person will develop the strong political will to turn things around. This is because the system is faulty. The 1999 constitution is a military invention, not the civilian constitution. Unless whoever gets there develops a mind of his own and he’s able to change the structure on ground I have my fears.

National leader of Afenifere, Pa Ayo Adebanjo, has openly declared support for the candidate of the Labour Party, Mr Peter Obi, arguing that it’s the turn of the South East. Is this the position of the group?

Afenifere members are not robots. They are made up of intelligent people with strong convictions but occasional divergent views. That notwithstanding, they are bound together by the welfare philosophy of the association. On any contentious issue they come together as democrats to discuss and agree on a consensus.