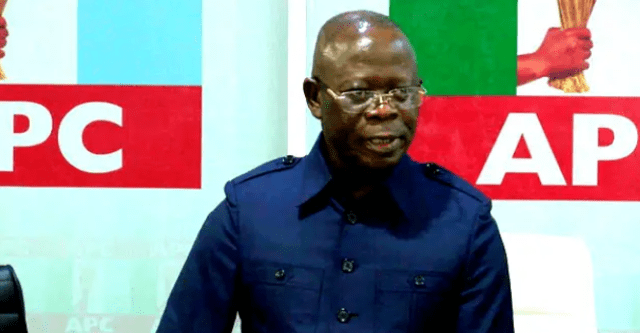 A  former National Chairman of the All Progressives Congress (APC) and former governor of Edo State, Comrade Adams Oshiomhole, yesterday, said mobilisation of voters from the unit level and a united party are what would lead the party to victory in the 2023 presidential election and also reclaim the state from the Peoples Democratic Party (PDP) in 2024.

Oshiomhole stated this in Benin City when he held a meeting with leaders of the party from the 18 local government areas of  the state which he also tagged a statewide reconciliation after the presidential primary of the party that produced former governor of Lagos State, Asiwaju Bola Tinubu, as its presidential candidate.

The Edo North senatorial candidate of the APC, who used the occasion to debunk rumours that he has endorsed any aspirant for the governorship ticket of the party ahead of 2024, called on the local government area chairmen of the party to mobilise leaders of the party in the wards to set up unit executive councils of the party to ensure total mobilisation for the 2023 elections.

In the meeting, declared open by the state Chairman of the party, Col David Imuse (rtd),Oshiomhole also appealed to aggrieved aspirants of the party to withdraw all cases from the courts and join the party to ensure victory at the polls.