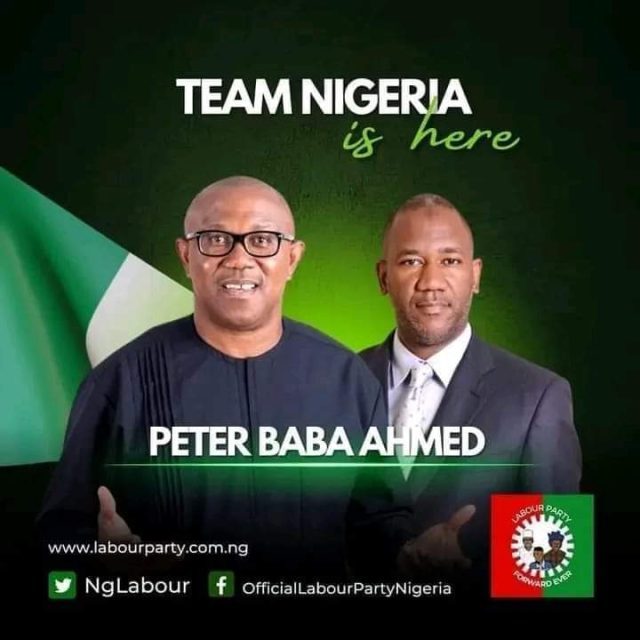 Vice presidential candidate of the Labour Party (LP) in the 2023 elections, Datti Baba-Ahmed is of the opinion that his party’s message is giving hope to many and is already uniting Nigerians.

Baba-Ahmed who on Tuesday was a guest on Channels Television’s Sunrise Daily, said LP’s communications and the interactions between its presidential candidate and the general public is beginning to ease tensions across the country.

“You can see that certain groups feel that there is effort feel including from other groups, to make theirs come to power, you can see that tension is actually coming.

“There is a lot of hope for better life, for better security… and the single most important factor uniting Nigeria is the candidacy of Peter Obi,” the LP’s Vice Presidential Candidate asserted.

Baba-Ahmed also defended his pedigree and that of Obi to win the election and govern the country well.

“Labour Party candidates, assume I am not the one speaking, are driven by their records. They are stepping on what they have succeeded in to attempt to lead Nigeria,” he said.

“Other candidates, I don’t have to mention (their names) are swimming in the ocean of wealth and power and so they want to rule Nigeria.”

The Labour Party VP candidate also spoke about the state of Nigeria’s Democracy, more than two decades after the return to civil rule.

“It is very sad that what you keep hearing (about) endlessly are the three arms of government in a democratic government,” he said.

Rather than focus on just how the arms of government function, he explained that for Nigeria to be a proper democracy, three philosophical conditions must be present.

Elaborating, he said, “One, democracy must not be about individuals or small groups or any group for that matter. It must be about a political entity for it to qualify as democratic. It (should be) about national and bigger interests.

“Two, the aspirations and the desires and the will of the people must reflect in their elections…, which means we are yet to meet the second philosophical condition of democracy.

“The third one is that, as provided in the Constitution, the people must hold power, on whose behalf the elected government exercises authority. What you have now is that government once elected or they impose themselves, they hold the power and exercise the authority.

“So, condition two is not there and condition three is questionable.”

Addressing the issue of security, Baba-Ahmed said the Peter-Obi’s government when brought to power in 2023, will “account for every square-meter of Nigeria” adding that in doing this, the administration will recruit more security agents with emphasis on law enforcement other than defense.

He said the police needs to be expanded, adding that the expansion plan for security agencies will not just end at recruitment but will include adequate training, welfare, intelligence and networking.

According him, while other candidates in the past might have promised some the things aforementioned, the difference are the individuals who the Labour Party has put forward and the philosophy that has driven them into politics – which in his is to help fix Nigeria having discovered what the problem truly is.