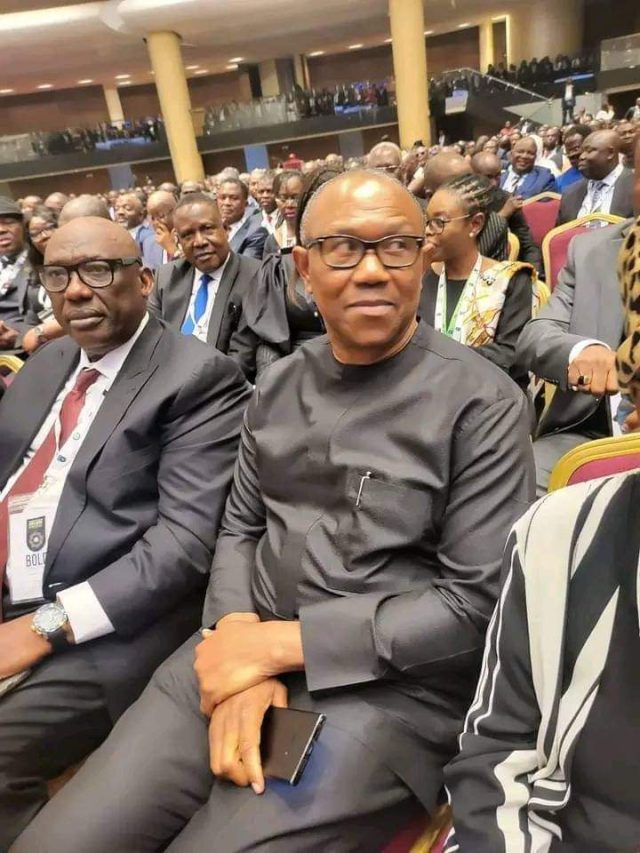 The 62nd annual general conference of the Nigerian Bar Association, has officially kicked off in Lagos with an opening ceremony, which is ongoing.

The theme is “Bold Transitions”.

Also present are The chief judge of Lagos state, Justice Kazeem Alogba, who is also representing the Chief Justice of Nigeria, Justice Olukayode Ariwoola, and the Attorney-General of Lagos, Moyosore Onigbanjo (SAN) who is representing Governor Babajide Sanwo-Olu.

This year’s conference has several technical sessions where speakers will lead conversations primarily aimed at envisaging the future of the legal profession in particular and Nigeria in general within the context of a rapidly changing world.

Among the scheduled sessions is a highly anticipated plenary for the key presidential candidates in the 2023 general elections to speak on the topic, “Democratic Transitions in 21st Century Nigeria: 2023 and Beyond.”