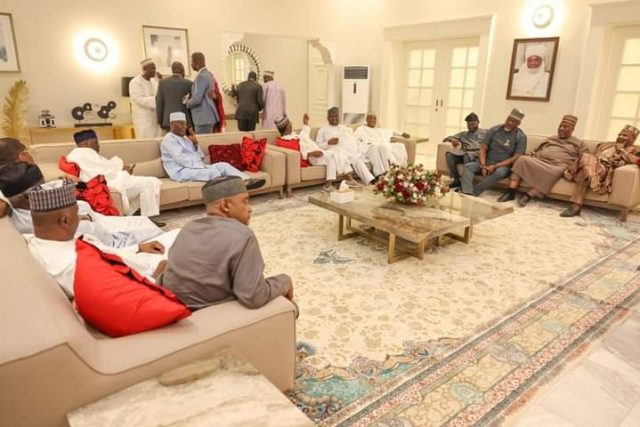 The Presidential candidate of the People’s Democratic Party (PDP), Atiku Abubakar has reportedly ran back to Dubai.

Atiku’s departure was leaked by one of the PDP campaign spokesman, Senator Dino Malaye through a Facebook post.

Dino Malaye shared a picture of himself and some other PDP stakeholders having a chat in Atiku’s apartment in Dubai.

He wrote “At Atiku’s country home in Dubai” as he shared an accompanying picture.

Meanwhile, the Peoples Democratic Party has been in turmoil following existential threat engineered by their internal crisis.

Atiku Abubakar and Governor of Rivers State, Nyesom Wike have been locked in crisis of interest that has polarized PDP into two noticeable factions or camps.