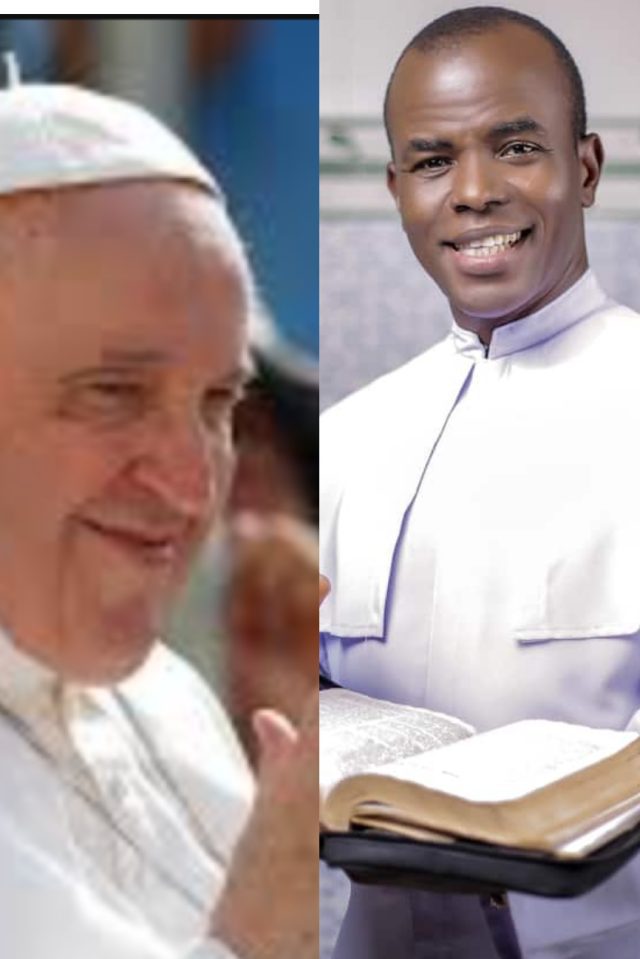 The attack on the bishop followed the directive to Catholics in the Diocese to stop attending Mbaka’s Adoration Ministry in Enugu.

Mbaka shut the adoration ground until further notice after the ban, resulting to protests by the members of the Adoration, who insulted the bishop for prohibiting Catholics from the Ministry.

One of the protesters, who identified himself as Elijah, in a viral video openly threatened to kill the Bishop anywhere he finds him.

Pope Francis reacts
But speaking through his representative in Nigeria, Papal Nuncio, Antonio Guido Filipazzi, during the installation of Most Rev. Lucius Ugorji as the new metropolitan Archbishop of Owerri Ecclesiastical Province in Owerri the Imo state capital, Pope Francis condemned the protest at the Adoration ground, citing an online video of the death threat on Bishop Onaga, describing it as unacceptable.

Filipazzi, who spoke in a homily at the Maria Assumpta Cathedral, Owerri, condemned what he called growing divisive tendencies and other forms of trouble fomented by members of the church, stressing that these were lowering the growth of the family, education and economy, among others.

“I must warn the people of God against disobedience to the church’s constituted authorities. You must not take the laws into your hands as followers of Jesus Christ.

“This brings to mind the protest that took place at the Adoration Ministry Enugu. I was surprised to see an online video where a protester threatened to kill Bishop Callistus Onaga, Bishop of Enugu. This is unacceptable in the church of God.

“The people of God must be mindful of the abuse of the social media to cause the church scandals. You must bear in mind that the Church is One, Holy, Catholic and Apostolic and not a place where people take laws into their hands.”