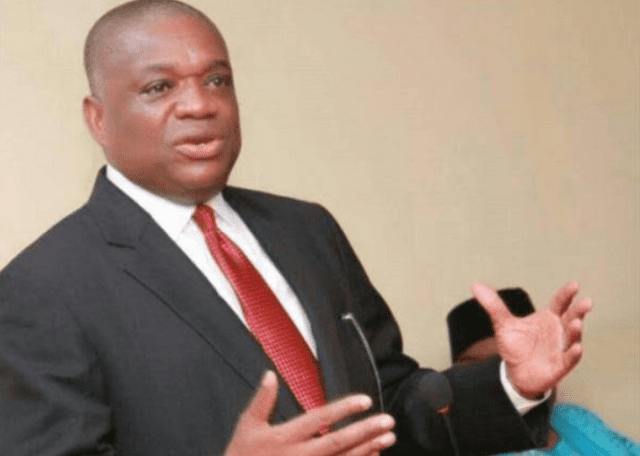 Chief Whip of the Nigerian Senate, Orji Uzor Kalu has appealed to Christians in Nigeria not to worry over speculations that the All Progressives Congress, APC may consider a Muslim vice presidential candidate for its flag bearer, Asiwaju Bola Tinubu.

Kalu, who made the appeal, Wednesday, while addressing journalists at the National Assembly, stated that Christians shouldn’t feel threatened over such a move, because Tinubu’s wife, Oluremi Tinubu, a Senator representing Lagos East Senatorial District, is a Senior Pastor.

The former Governor of Abia state said, “Let me tell you, in my house, my wife is the head of the house in reality. Even you men that are here, now that your wives aren’t here, they are the head. Like if I wear this cloth, my wife will tell me ‘My dear, this cloth is not good to remove.

“The Christians should relax because Tinubu’s wife is a pastor and once she’s a pastor we are protected because she’s not a housewife. She has political knowledge,” he said.

Recall that prior to the APC primary, Kalu was a frontline campaigner for the presidency of President of the Senate, Ahmed Lawan, who was perceived to be the consensus presidential candidate of the ruling party.