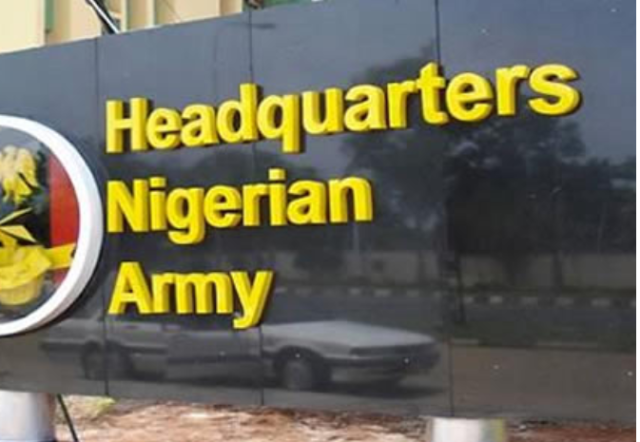 The Federal Government has described a report published by Reuters, an international news organisation, accusing the Nigerian Army of infanticide as fake news.

This is just as the news agency published a fresh report on Monday in which it accused the Nigerian Army of carrying out a massacre of children during the ongoing war against terrorism.

Reuters had, in the first report released last Wednesday, accused the Army of running a secret abortion programme on female victims of terrorists, adding that no fewer than 10, 000 pregnancies had been terminated since at least 2011.

Following the Reuters investigation, the United Nations Secretary-General Antonio Guterres called on Nigerian authorities to investigate allegations against the service.

However, speaking at an event meant to showcase the scorecard of the Ministry of Science, Technology, and Innovation under the present regime in Abuja on Monday, the Minister of Information and Culture, Lai Mohammed, accused Reuters of making such an allegation without a piece of evidence.

He said, “The news agency made this grave allegation without a scintilla of evidence, citing only anonymous sources and the reported review of phantom ‘documents’. The agency claimed that its investigation was based on interviews with 33 women and girls, interview with 33 women and girls to arrive at the bogus claim of 10,000 abortions! And in a further indication that the figure of abortions quoted was arbitrary or possibly conjured, the agency first put the figure at 12,000 before settling for 10,000.

“The Federal Government hereby categorically states that there is no ‘secret, systematic and illegal abortion programme’ being run by our military in the Northeast or anywhere across the country. We also hereby reject the accusation of running an abortion programme levelled against our military. We state categorically that this story is a scary instance of fake news and disinformation combined. The writers deserve an award in fiction writing.”

The minister described the report as a ploy to demoralise and distract the military as well as cut Nigeria off the support the country was receiving in the fight against terrorism.

“Is it a strategy to set the world against Nigeria and cut off the support that is critical to crushing terrorists? Only the news agency can answer these questions. But we stand by our military, which has served meritoriously at home and regional and global peacekeeping operations from 1960 to date,” he added.

Meanwhile, in another report published on Monday by Reuters, the organisation accused the Nigerian Army of carrying out a massacre of children during the ongoing war against terrorism.

The organisation said the report was based on the revelations of more than 40 soldiers and civilians who claimed to have witnessed the Nigerian military kill children or seen children’s corpses after a military operation.

According to the report, the estimates of children killed by the Army were in the thousands, adding that it investigated six of the incidents in which at least 60 died.

In the report, one of the victims claimed that her children were killed because they belonged to terrorists.

The report read, “The massacre, previously unreported, is just one instance in which the Nigerian Army and allied security forces have slaughtered children during their gruelling 13-year war against Islamist extremists in the country’s northeast, a Reuters investigation found.

“Soldiers and armed guards employed by the government told Reuters that Army commanders repeatedly ordered them to ‘delete’ children because the children were assumed to be collaborating with militants in Boko Haram or its Islamic State offshoot or to have inherited the tainted blood of insurgent fathers.

“More than 40 sources said they saw the Nigerian military target and kill children or saw the dead bodies of children after a military operation. These sources included both parents and other civilian witnesses, as well as soldiers who said they participated in dozens of military operations in which children were slaughtered.

Together, their estimates added up to thousands of children killed.”