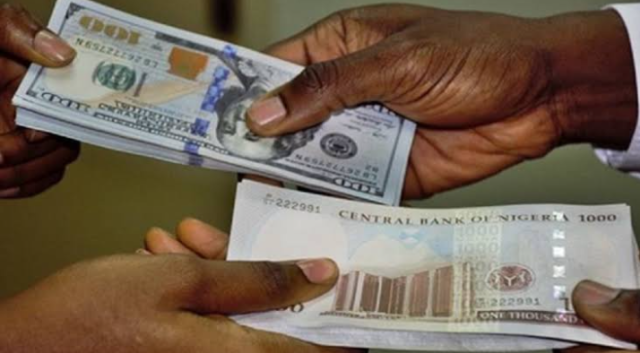 Governor Abdullahi Sule of Nasarawa State has expressed shock over the continued fall in value of naira against the dollar.

He, however, hoped the situation would be reversed soon.

The governor, who spoke in an interview on Channels Television’s ”Politics Today” programme on Wednesday night, said he was extremely worried over the move of the Central bank of Nigeria, CBN, to redesign the naira, adding that might be responsible for the sharp fall in the value of the naira to the dollar in the past few days and would further worsen situation.

The naira currently exchanges for the dollar at over N850 in the parallel market, against last week’s N750.

Governor Sule said:  “I am extremely worried but again, it takes you back really to understand, ‘Does it worry me?’ Of course, it worries me very badly. Is that making it a little easier on the part of the common man? No. The common man is actually going through the heat during this period.

“In fact, when I saw it yesterday (Tuesday), I was shocked to see the naira going all the way to N818 for a dollar.”

He, however, reiterated that the Central Bank of Nigeria’s, CBN’s plan to redesign the naira must have spiked the rush for the dollar and the subsequent fall of the naira.

The governor’s comment came hours after his Edo State counterpart, Godwin Obaseki, faulted the CBN’s move to redesign the naira, claiming it was politically motivated.

Obaseki had said:  “They say we should all bring our naira and give it to them because they want to change it for us. Is that our priority now?

”How does changing of currency reduce the price of food in the market? They say they want to change our currency and dollars are going higher every day. We can’t even see dollars again,” the governor said at the inauguration of Edo State Peoples Democratic Party, PDP, Women Campaign Council in Benin City, the Edo State capital, on Wednesday.

“I am an economist and I can tell you categorically that this policy by the CBN and Federal Government has no basis in economics. There is no reason to do this; this is purely political,” he said.

Recall that the CBN’s plan to redesign the naira had sparked arguments for and against, with some experts approving  it, while others kicked against it.

Faced with an unbridled demand for the dollar at the foreign exchange market, forex, leading to consistent crash in the Naira, the Central Bank of Nigeria, CBN, has launched an investigation into utilisation of foreign exchange bought from its official outlet, the Wholesale Dutch Auction System, WDAS, by end-users.