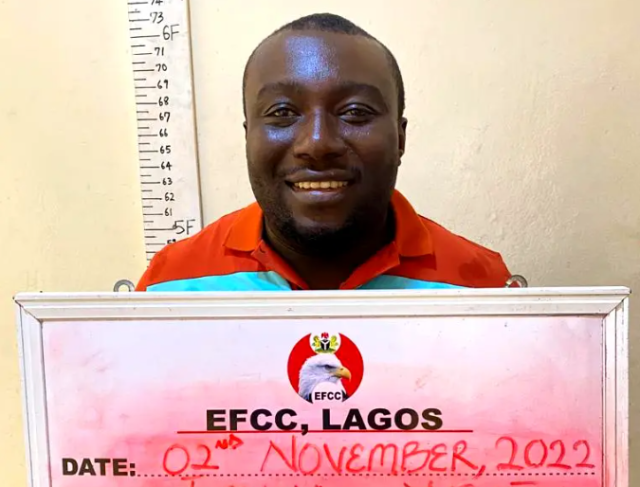 The New Nigerian Peoples Party candidate for the Kogi State House of Assembly, Ismaila Yusuf Atumeyi, who was arrested by the Economic and Financial Crimes Commission, EFCC, in Abuja for a mega bank fraud, has been moved to Lagos.

The Head of Media and Publicity of EFCC, Wilson Uwujaren, said that Atumeyi was billed to be interrogated by another team of operatives at the Lagos Command of the Commission.

Atumeyi and two others, Joshua Dominic and Abdulmalik Salau Femi, a former bank employee, were arrested by the EFCC for allegedly hacking into the system of a commercial bank and defrauding the institution of over N1.4 billion.

The EFCC had in a statement on Tuesday November 1, 2022 disclosed that it recovered N326 million and $140,500 from Atumeyi during a sting operation at his hideout in Queens Estate, Gwarinpa, Abuja, while $470, 000 was recovered from Abdulmalik in Lagos.

The Centre for African Liberation And Socio-Economic Rights (CALSER) has accused Amnesty International of double standards, taking sides with a particular ethnic group and heating the insecurity crisis in the country. The centre noted that Amnesty International’s position affirms that the group is out on a mission to see to the disintegration.