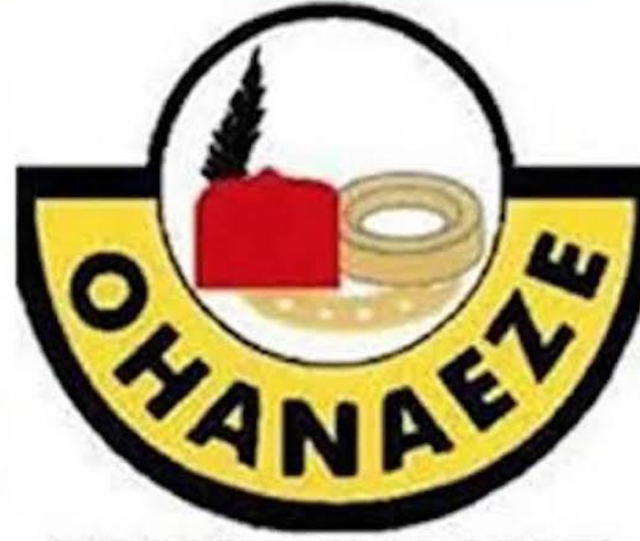 The President, Ebonyi State branch of Ohanaeze Ndigbo Worldwide, Dr. Peter Mbam who stated this at a news conference in Abakaliki, expressed dis-satisfaction over the way and manner the present Nigeria had treated Ndigbo as second class citizens.

“We still want to be in Nigeria. But we want a Nigeria where we will not be treated as  second class citizens.”

According to him, “Ohanaeze Ndigbo as the name implies is responsible for the protection of Ndigbo Worldwide. There’s no part of the world that you will not find an Igbo man or Igbo people. We work with government at all levels: FG, State and Local Governments. We are there to ensure that the citizens get what they expect from the leadership of the country.

“We want to make sure that their religious, economical and political interests, among others are secured.

“In Nigeria, Ohanaeze supports all agitations that support the interest of Ndigbo.

“The first six  key positions in the country don’t have an Igbo man. We are in support of all agitations of all groups that are against the marginalization of Ndigbo.We advocate for lawful approach in  solving problems. We believe in diplomacy and round table approaches. We do not support any violent approach. We don’t support Ndigbo to leave Nigeria presently.

“We have taken time to appraise what our governor is doing in this state and having gone round the three zones of the state, it is clear that the governor needs commendation.

“We inspected nine key projects and came to the conclusion that Umahi has performed beyond imagination. We were not anticipating what we saw  on ground. Therefore, we will provide enabling environment for him to succeed and do more for Ebonyi people.

“We looked at the governor’s security architecture and discovered that Ebonyi is the only state where you can sleep with your two eyes closed. We appreciate the governor’s emphathy and sympathy for the less privileged in Ebonyi.”