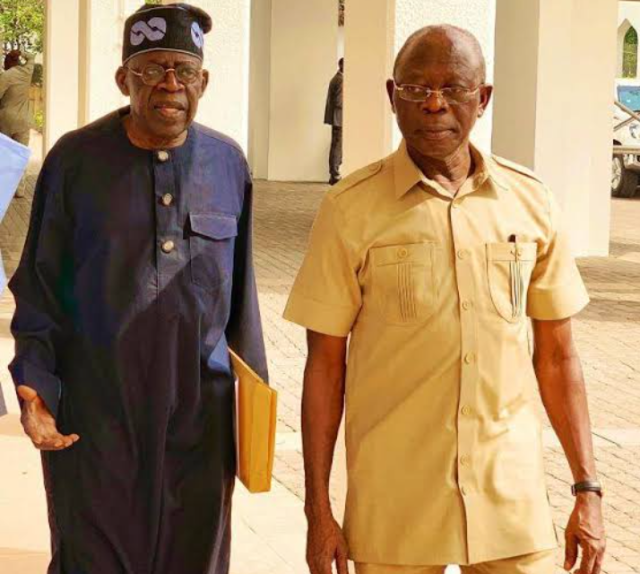 A Deputy Director of the Presidential Campaign Council of the All Progressives Congress, Adams Oshiomhole on Wednesday said he is not aware if his party’s presidential candidate Bola Ahmed Tinubu is in Nigeria.

“I don’t report to him everyday, I’m not sure if he’s around or not,” Mr Oshiomhole said during his appearance on Channels Television’s Politics Today.

Mr Oshiomhole, a former National Chairman of the APC, said the party’s presidential campaign council was yet to be inaugurated because the President was away in New York.

Tinubu had reportedly left the country for the UK ahead of the campaign season but the trip has not been confirmed officially by his team.