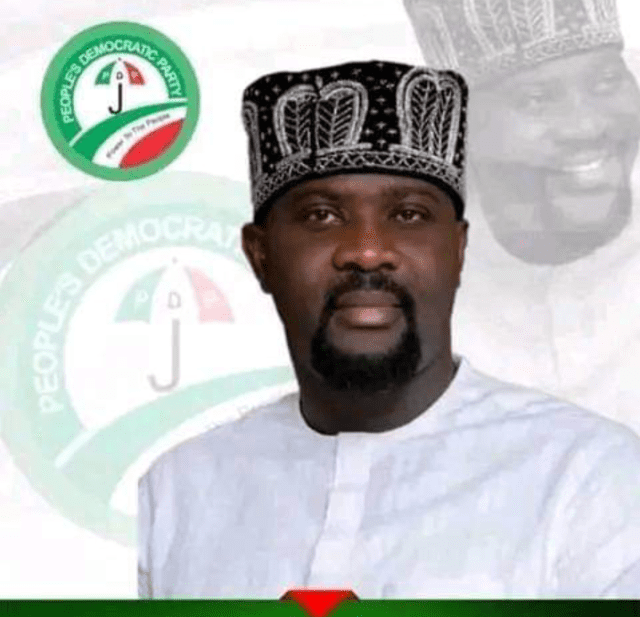 The acronym ‘’RG’’ is indicative of the presence of Engr. Osita Nwgu, the Enugu West PDP Senatorial Nominee, but is fast expanding just like a movement whose time has arrived with over-riding responsibility and obvious functionality in the fashion of kerosene movement.

That Connective ability in him has benefited many youths of Enugu environ and Enugu West that one can safely argue that he has made more impacts on the lives of people than those who represented at the various branches of government from Enugu West.

No doubt, RG paid his dues and had a lengthy period in the field of oil and gas that aptly got captured by Daily Post dated 27th May, 2022 and thus, ‘’ 15 years of successful career in the design, procurement, construction and management of oil and gas infrastructure in the upstream sector’’.

There was never a dull moment in his career and life as he had the capacity to make right choices at each and every stage of his development. He was recruited as trainee engineer but his hardwork and commitment paved the way for him to reach Executive Director and other Managerial and Consultancy level position within reasonable time.

But even as an engineer working on the oil field, Osita had bigger vision outside the immediate environment and started early to process how to come up with social investments knowing that those who went with all their remuneration failed to arrange a place in the future.

That future he was determined to catch up with and play significant role in entrenching a better life and that future is here with us. Therefore, he was busy forming levels of friendship and partnerships with youths across Enugu West, identifying their need and how to help and later matched it up with multiple shops all over the states, also engaged them in other viable businesses like bakery, haulage, event place management etc.

Apart from his social investment character, RG has the humility and delivery tone that connects with the hearts of the downtrodden, such a delivery tone makes the youths feel secure, makes men and women feel important and lords feel great.

In RG world, everyone has important and unique role that captivates the engine to steam there by achieving collective bargain through harmonization of varying abilities. Pushing such RG world to the indigenous people of Enugu could go through a political process- therefore; many were not shocked when in 2019 Osita Ngwu declared to become the PDP nominee for Udi/Ezeagu Federal House of Representative.

Such primary contest was a great test as the deed of his earlier social invests and friendships payed off. RG almost won as the ninety nine percent of the delegates that came wanted to vote in his favour.

Then, Enugu went in turmoil! Nothing was spared against RG by the enemies as they invoked the voice and forged the handwriting of the then National Chairman of PDP just to stop this young man whose only sins was, that, there was a country that he came to fight for his people.

As they pushed their punches from all corners of the earth, such baptism of fire gave him a nuclear weapon as his God became the peoples’ God and the peoples’ God became his God. Another level of bonding was extracted just like biblical Moses and his people.

As the 2019 controversary snowballed before the Chief priest and his supreme Deity that is publicly known for upholding natural justice coupled with resonating influences from unseen hands, RG was asked to shed his swords even at the brink of victory to give his enemies more days in power which in Political Classico was to take side between loyalty and democracy, RG sided with loyalty to the Chief priest and loyalty to the party despite his winning numbers, encouraged his fans and supporters to face the reality of his decision and extended hands of support to his enemies.

That extraordinary decision of a boy to remain calm even as his grasshopper is being taken away from him because it had eggs made him to receive enormous goodwill both from both heaven and earth.

That goodwill is continuously manifesting, however, no longer in the conquest for lower house of Representative but a bold effort to walk through the red chambers and represent the indigenous people of Enugu West.

In view of the above, when one Engr. Charles Onwu published on Nwaigbo Info Blog thus, with the title, ‘’ Osita Ngwu and his Destructive Politics should be resisted’’, he went further to narrate that RG mismanaged huge fund while working for Emperor Baywood Ibe as a Manager and such threw the company into downsizing and many indigenes of greater Agwu lost their jobs, therefore, people of greater Agwu should not vote for RG.

Such a simplistic fallacy from Engr. Charles Onwu has no basis both in liturgy, figure and statistics and appeared to have been prepared from the moon for the vulnerable minds.

RG glorify Emperor Baywood Ibe as a compassionate boss and Emperor Baywood even as a chieftaincy of APC gave RG a tactical nod to go ahead and via for Enugu West senatorial contest.

The two have near perfect relationship that transcends career and oil business world. On a closer look, ThisDay newspaper article written by one Udora Orizu shows that RG worked for Baywood Continental limited only from 2007 to 2010 and such limited period and somehow now distant was not enough to siphoning all the funds of the company.

There is no doubt to every sane mind that the source of such a story may have been born out of hatred or vendetta trying to use clannish strategy to score a point, the gods are wiser!.

RG is a human case of akidi (black beans) that by nature has no border mindset, in as much as he needs greater Agwu support, as well, the people also need him and without any sense of hyper, he has a very huge support base from youths, men and women of greater Agwu who are eager to partner and bring development to their doorsteps.

Those who are trying to ruin Engr. Osita Ngwu senatorial campaign are invariably making him brighter, by his stars, his blessings come in disguise, therefore, it is one million times better for all to support such a moving train so that all could be factored in as developments arrives.

Robert Madu, PhD is an Enugu based journalist.