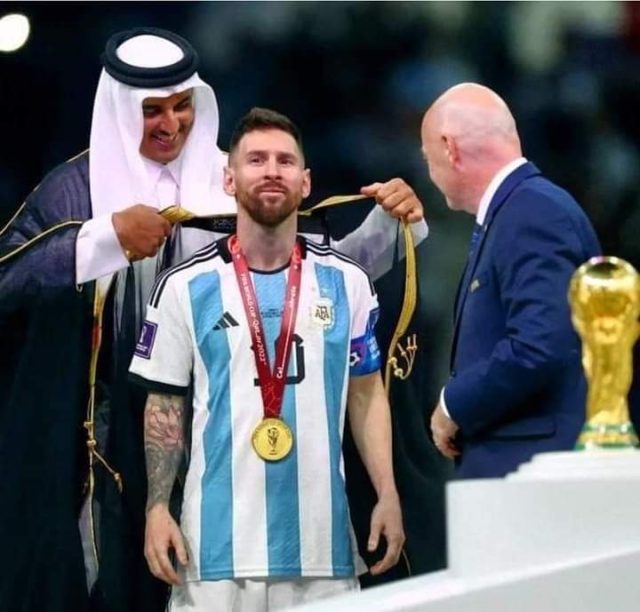 Messi played a phenomenal role in a six-goal thriller that ended a 3-3 draw after extra time as French forward Kylian Mbappe scored a hat-trick.

The 35-year-old seven times Ballon d’Or picked up the Golden Ball award for the tournament’s best player after firing seven goals, while he also became the first player to score in every round of the knockouts since the tournament’s expansion to 32 teams.

In his congratulatory message on Twitter, Ronaldo, the star of Brazil’s victory at the 2002 World Cup, described the Argentine skipper as a ‘genius.’

“Football of this type dispels any rivalry. I saw many Brazilians, and people from all over the world, cheering on Messi in this electrifying final,” Ronaldo wrote on Twitter.

“A farewell worthy of the genius who, far beyond being a World Cup star, led an era. Congratulations, Messi!”