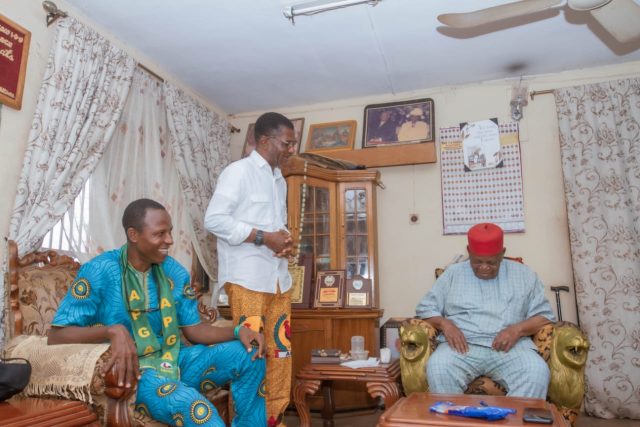 Chief Innocent Ugwu recalled Nweke’s time as a Minister of the Federal Republic, noting that his service was marked by competence, wisdom, exposure, discipline, and excellent delivery. He also acknowledged the presence of Ndubuisi EnechiOnyia, who he said came from a family widely known for their integrity and commitment to serving people.
Frank Nweke Jr said that he was contesting for the governorship seat of Enugu State because he was “tired of complaining” and believes that his nurture and track record of integrity and excellent service must be deployed to redress the incompetent and inept leadership which has plunged the State into abject poverty and economic woes.

He also cited another reason as the need to restore the pride of the Igbo identity and place in the polity of the country, which informed his decision to join the All Progressives Grand Alliance.

In his response, Igwe Ayalogu noted that APGA traces its origin to the eternal father of the modern Igbo nation, Dim Chukwuemeka Odumegwu Ojukwu, hence the party belonged to the people. He prayed to God to bless Nweke as well as all the other APGA candidates for their fortitude to come forward to fight for good governance and to grant them victory.