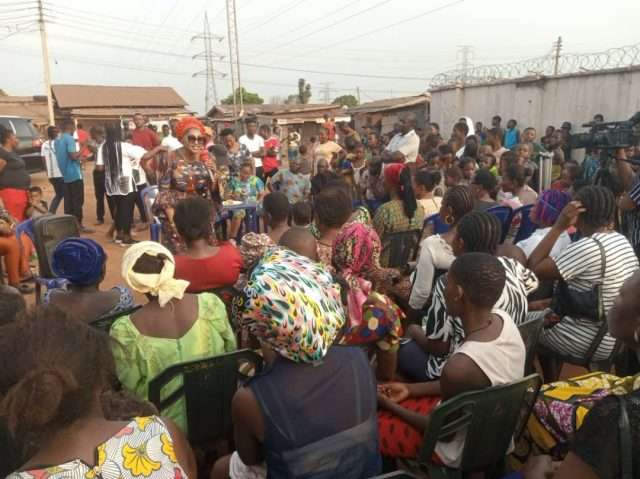 Princess Ada OGBU Senator while addressing the crowd, unveiled her mission for aspiring to go to the Red Chambers.

In her words, ” I am going to the Senate to deploy my God-given wisdom, knowledge, and professionalism to salvage our Senatorial zone, Enugu East, which is already in the doldrums as a result of inaccessibility of our Representatives and infrastructural deficit. 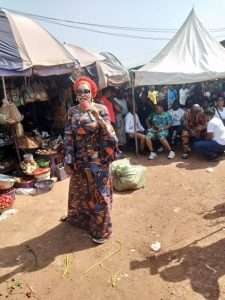 One amongst several speakers; Mr. Lawrence Ozoobi in his brief remarks, assured Princess Ada Ogbu of their Unflinching support and promised to vote for her on election day.

Ada Ogbu, also, in her usual manner, gave the residents of the areas visited, some gifts of clothing for Christmas.

The people could not hide their joy, as they expressed their gratitude for the gesture. 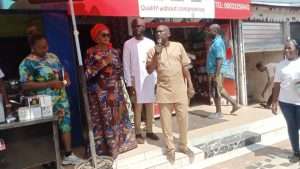 In a similar development, Princess Ada Ogbu declared that she is a trader who understands the yearning of the people.

Ada made the above statement at several locations while interacting in the GSM Village, New Haven, Chinatown, as well as Old Artisan Market, and Akwata New Market Traders.

High Princess Ada Ogbu, informed the people that she is in the race to become their senator in other to ensure the people of Enugu East Senatorial Zone get what is due for them from the Federal government.

Ada Ogbu reiterated her commitment to ameliorating the suffering of her people. She stated clearly that her purpose in vying for the Senatorial seat is to have a platform for a larger impact on society.

Recall that Ada Ogbu as an individual has attracted several dividends to the people of Enugu East and across, of recent is the Farmers Grant which she attracted to the local farmers and Eight Thousand (8,000) Farmers got the grant, to mention but few of her several good gestures as an individual.

The Nara-born Princess, Ada Ogbu solicited support and a vote from the traders promising them all-inclusive Representation at the Senate.

Responding, the Organizing Secretary, Mr. Meshack Ogbodo, and Mr. Kasiemobi Okwuo, one of the Market Exco members verbally opined that hearing Ada Ogbu speak permeated their hearts as they assured her of their vote.

In their words, “Hearing you speak, how humble you are, honestly speaking you have my vote and that of our families”.

Another speaker, Odenigbo Iyke who is the Secretary said; “we are happy you are coming from a background of business, and we are all businessmen and women, I promise, you will get our maximum vote and don’t forget us when you get there”.