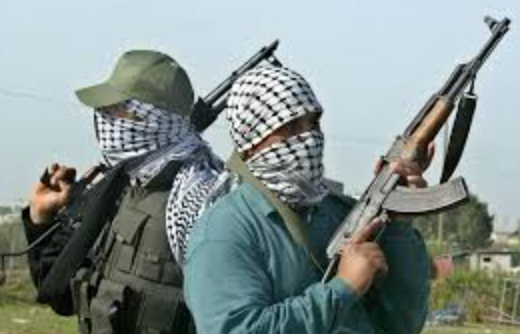 The incident, which happened on Saturday morning during the priest’s weekend all -night adoration with worshippers, saw the assailants, storm the church and shot continuously into the the air.

It was further learnt that the shooting dispersed the worshippers who scampered for safety and ran in different directions.

“While the priest ran into the parish house and locked himself up, parishioners ran out of the church with some of us running into the bush that night,” an eyewitness told our correspondent.

The eyewitness stated however that the kidnappers, who allegedly spoke Pidgin English and Fulfulde, trailed the cleric to the Parish House and threatened to burn church facilities if he refused to come out.

“So, when Fr. Ishiwu refused to heed to their warning, the kidnappers forced themselves into the Parish House through the church chapel, which they cut open.

“They gained access and whisked the cleric to an unknown destination. Since that time, we have not heard anything about the priest. Nobody has told us anything about whether the abductors have established contacts with anybody”, the source said.

Enugu Police Command spokesman, Daniel Ndukwe, was not available for comments as of the time of filing this report.