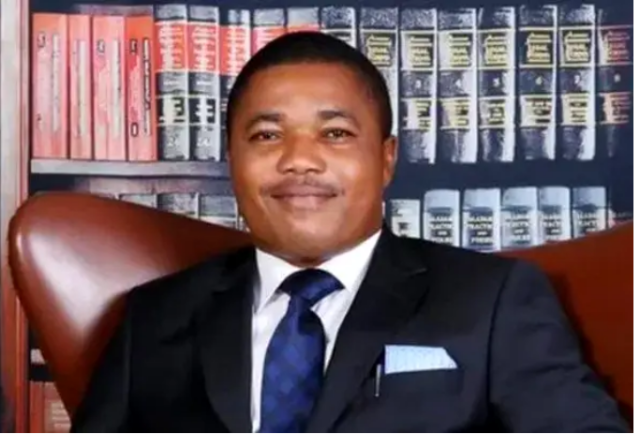 The lead counsel to the Indigenous People of Biafra, IPOB, Ifeanyi Ejiofor, on Friday said the Federal government has no option to obey the verdict of the Court of Appeal, Abuja, which had discharged and acquitted IPOB leader, Nnamdi Kanu.

Ejiofor made this known to newsmen in Owerri while reacting to the statement credited to the Attorney General of the Federation, Abubakar Malami, SAN, that the court of appeal had discharged Kanu and not acquitted him and that the FG, has the option to appeal.

However, the last Thursday verdict of the appeal court had been described by Ejiofor as “sacrosanct and must be obeyed immediately without further ado.”

He further argued that the charges which the Attorney General of the Federation was relying on had been quashed by the federal high court and further by the court of Appeal in Abuja.

Ejiofor explained “In the quick reaction of the Attorney General of the Federation, to the erudite and unassailable Judgement of the Court of Appeal just delivered yesterday on our Appeal, he indicated that the Federal Government is considering the options it has, including proceeding only with the counts that were pending against Onyendu Mazi Nnamdi Kanu before the bloody invasion of his house on the 14th of September, 2017.

“Now, for the avoidance of doubt, the Federal Government has no OPTIONS. It has ONLY one option, namely, to appeal against the judgment of the Court of Appeal to the Supreme Court. And the exercise of this latter option shall not constitute a bar to immediate compliance with the order of the Court of Appeal which directed for the immediate and unconditional release of Onyendu Mazi Nnamdi Kanu. The order made by the Learned Justices of the Court of Appeal is sacrosanct and must be obeyed immediately without further ado.

“Further, the Attorney General of the federation’s reference to the charge pending against Onyendu before he left Nigeria in 2017, and the indication that the Federal Government may continue with the charge shows his total disconnect with the law, with the greatest respect to his office.

“It is to be noted that the remaining 7 Count charge that was struck out by the Court of Appeal after it allowed the appeal on the ground that the Federal High Court has no jurisdiction to try onyendu Mazi Nnamdi Kanu is the same (with the same charge Number – to wit: FRN VS NNAMDI KANU, CHARGE NO: FHC/ABJ/CR/383/2015, that has been pending against Onyendu MAZI NNAMDI Kanu at the Federal High Court since 2015.”

“The prosecution has Amended this charge about 7 times. It is the same charge that was amended to include other counts that brought the counts to 7 and then to 15.

“The Federal High Court struck out 8 counts and retained 7. On appeal, the Court of Appeal struck out the whole charge and held that the lower court had no jurisdiction to try Onyendu Mazi Nnamdi Kanu. That being so, that charge that has been pending against MNK since 2015 and contains counts of alleged offences committed by him before he escaped from being killed in Nigeria in 2017, no longer exists. It has been struck out. There is therefore no existing charge based on which the Federal High Court can proceed and try Onyendu,” he said.