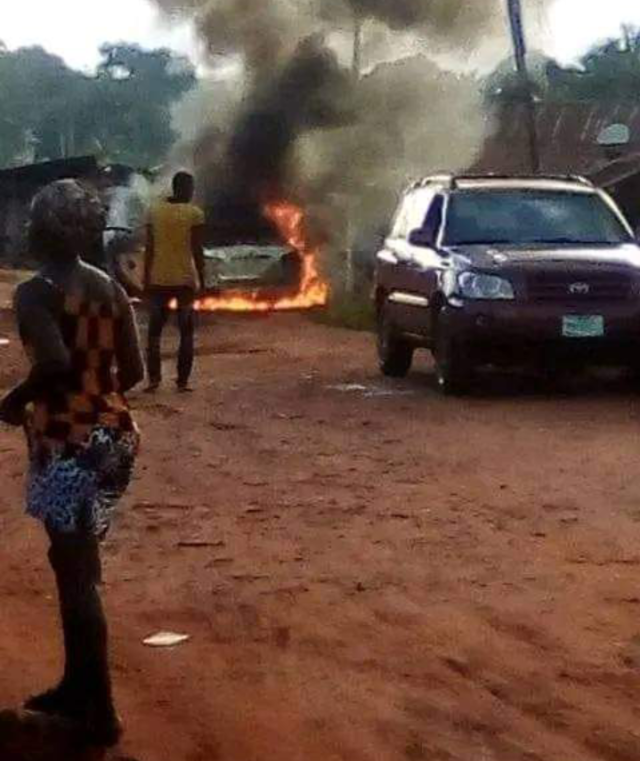 Gunmen have attacked Labor Party’s members during a ward meeting marking the fourth Attack In Enugu state ahead of the 2023 general elections.

According to our dource, “Gunmen attacked Labour Party’s ward meeting yesterday being Sunday 9/10/2022 at Umuida Enugu-Ezike Igbo-Eze North LGA. We were at the meeting when four guys on two bikes arrived the venue and started shooting in the air”.

“Everyone ran away, the ward chairman and others run forgetting their car keys on the table. We noticed that the Gunmen set some motorcycle and keke ablaze.

“They also drove away with a Camry. After a while, due to some configuration of the car, the engine stopped and the two guys came down and burn the car and left.”

Just In: Labour Party condemns attack on members in Enugu

At the moment, the Nigeria Police, Enugu state Command, Enugu State Government and other relevant authorities are yet to react.

This is about the fourth Attack on Labor Party in Enugu state in Four Local Government Areas in the state.

Labor Party has been attacked in Aninri, Awgu, Oji River and now at Igboeze North Local Government Areas  all in Enugu state in the last 5 Months.