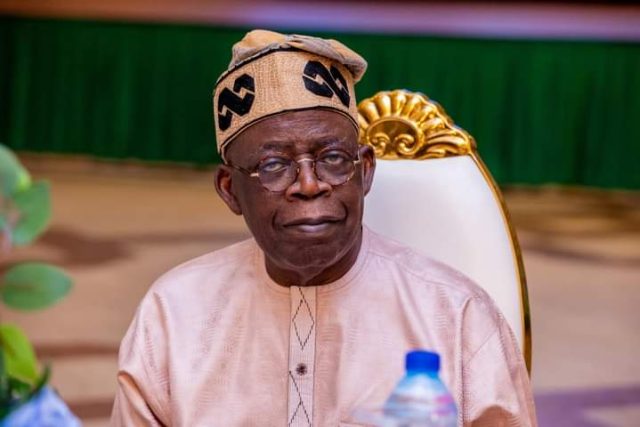 A pan-Yoruba group, Isokan Yoruba, on Sunday called on all Nigerians to believe in the presidential aspiration of Sen. Bola Tinubu and vote massively for him, come 2023.

Prince Lateef Adekunle, National President of the group ,made the call during the inauguration of the group’s executive members in Makoko Community in Lagos.
He said Tinubu,APC presidential candidate, had the competence and the passion to move the country forward, adding Nigerians would not regret voting him as president.

“We believe in Tinubu and his aspiration and we appeal to all Nigerians to believe and trust in Tinubu’s presidency.

“Tinubu is a man who does not disappoint .Nigerians will not regret voting this great man come 2023 as he will deliver . “,he said.

According to him, the challenges facing the country at the moment requires someone with ideas and will, to be at the helms of affairs.

He described Tinubu as a man of vision,who laid the foundation for the “great state” Lagos had become today.

The group’s president said Tinubu was a lover of all Nigerians of all tribes and religions ,adding he demonstrated this by accommodating all in his cabinet when he was Lagos governor.