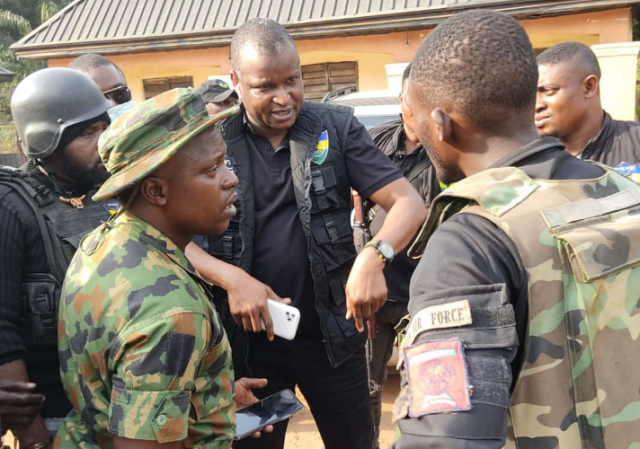 Recall a bullion van coveying cash from a bank in Aba to Umuahia was attacked in July at Ntigha Junction on the Isialangwa axis of the Enugu-Port Harcourt Expressway, Abi State.

The suspected armed robbers mounted a road block before attacking the van killing the bank’s Cash Officer, while three of the escort policemen sustained bullet injuries.

Announcing the arrest of about 10 of the suspects on Monday, the Abia State Commissioner of Police, Janet Agbede, said 10 members of the armed robbery gang were arrested and N10,184,000 from the suspects out of the N390 million allegedly stolen from the bullion van was recovered.

A statement issued in Abuja on Wednesday by the group National Coordinator, Dr Lawrence Okoro on behalf of the group hailed former IRT Boss Abba Kyari for doing a good job by grooming and training such kind of officers who are performing wonders even in his absence.

“We thank and appreciate the work of the IRT Trained Police Men who led the capture of the suspects. These were men of the police trained when IRT was under DCP Abba Kyari.

“One can imagine how far IRT would have gone by now if they were still active and supported by government and not comsummed by jealousy from within the Police and sister agencies. The achievement of this team was such that no crime went without being resolved.

“We commend them and advise the government to ensure the good old days of the IRT is restored. This is most needed at this time that the country is being over run by criminal elements, terrorists and kidnappers.

“While the police work as a team, It is very clear the team that arrested these bullion van attackers were people trained by Kyari in the good old days of the force. The leader of the team, who we don’t want to mention his name for security reason worked directly under Kyari for 10 years from Kyari’s SARS Commander period to his IRT years.

“In fact, these outstanding Police officers and many outstanding, exceptionally good and well trained Officers who were well trained in tactical Operations, Investigations and Tracking were rejected and removed from IRT after Kyari left IRT last year.

“But the current Abia State Commissioner of Police specifically called for him and others like him to be redeployed to the state to continue working under Abia state command since they were removed from IRT because the new people at the helm of affairs believed that him and hundreds of outstanding officers removed from IRT will be loyal to Kyari who trained them.

“That is the fruit that is being realized today. It is the biggest haul since IRT went into non-existence.

“We call on the government to look at why IRT has gone extinct and revive the group to restore peace and Security in the country.”