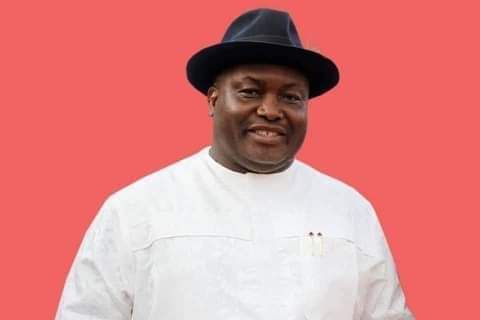 According to available report, Ubah’s convoy was ambushed by heavily armed Gunmen who opened fire on his convoy.

Some of his aides were killed including some police officers.

The senator managed to escape as his bullet proof car was riddled with bullets.