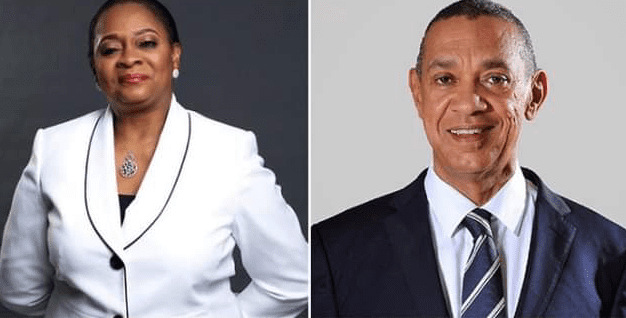 Media mogul and former Senator, Ben Murray Bruce has deleted his tweet after being called out by former Vice President of the World Bank, Aruma Oteh over a claim he made about Labour Party presidential candidate, Peter Obi.

Ben Murray had shared a video on Twitter, claiming that Peter Obi had endorsed Presidential candidate of Peoples Democratic Party, Atiku Abubakar at the Nigerian Bar Association conference they attended on Monday August 22. 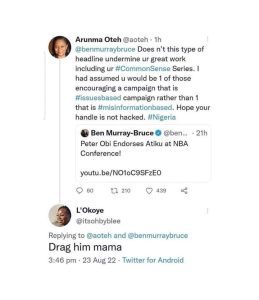 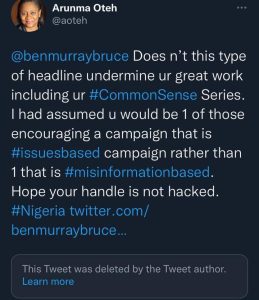 Reacting to this, Oteh stated that this goes against the #CommonSense series which Ben Murray initiated and carried on with for years.

The former World Bank Executive added that she had assumed Bruce would be one of those encouraging an issue-based campaign and not a misinformation-based campaign.