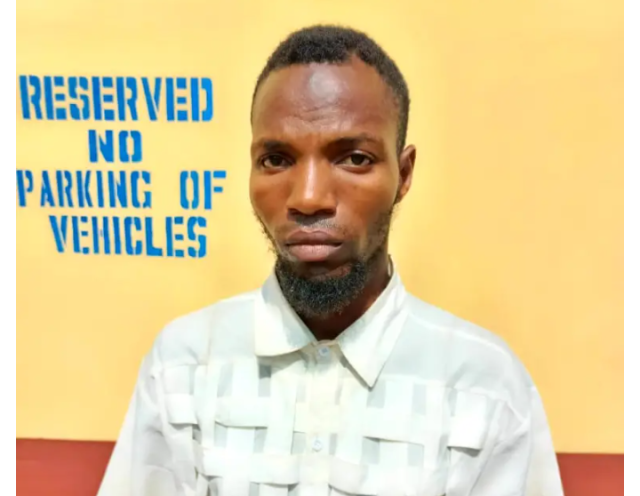 Medical doctors at the Ondo State Mother and Child Hospital, Trauma Centre, Ondo town, are battling to save the life of a nine-month pregnant woman, operated upon by a quack doctor, Rabiu Olalekan, at a private hospital in Orita Ojo, in Odigbo council area of the state.

The 31-year-old suspect, who was paraded by the state Police Commissioner, Oyeyemi Oyediran, carried out a cesarean section, CS, on a pregnant woman.

Oyediran said that the suspect “who has been parading himself as a medical doctor and CMD of Iremide Private Hospital, Orita Ojo, Odigbo Local Government Area was arrested by a team of Special Intervention Squad, when a report of unprofessionalism was reported against him.

“The suspect carried out a caesarian section on a pregnant woman (name withheld) who was later rushed to Mother and Child Hospital due to excessive bleeding from her private part.

“It was discovered that the self-acclaimed doctor stitched the womb and the urinary tract together.

“During investigation, it was discovered that the suspect is not a doctor but attended the School of Health Technology, Ijebu-Ode, where he studied Community Health Extension Work, but had been deceiving the people by claiming to be a medical doctor.

“He also claimed he invited one Dr. Bayo to help him carry out the ceasarian section on the victim, but that his phone number was not going through.”

The police boss said that the suspect was arrested “by a team of Special Intervention Squad when a report of unprofessionalism was made against him.”

The Police Commissioner said that the suspect would soon be charged in court.

I wanted to go back to medical school — Suspect

However, in an interview, Olalekan said he intended to go back to the university after operating the hospital for a few more years.

He added that all along he wanted to be a medical doctor.

According to him, “I know what I was doing was wrong. It was because there was nobody to help me after leaving the School of Health Technology.

“My brother who bought this building for me died recently abroad and things have been very hard for me.

“I have been operating this hospital for years and this is the second operation I would perform.

“The woman in question was unable to give birth to the baby, that was why I performed the operation.

“It was successful and she left only to return days after that she was bleeding from her vagina.

“I discovered that she was not using her drugs and all my efforts to stop the bleeding proved abortive.

“I referred her to the Mother and Child Hospital in Ondo. I want to beg the police and government to forgive me. I will stop the illegal practice after this.

“They should have mercy on me. My wife is nine months pregnant and that’s my first child. I want to be around to father my child.”

Just In: Elon Musk’s brain chip to be tried in human beings in six months