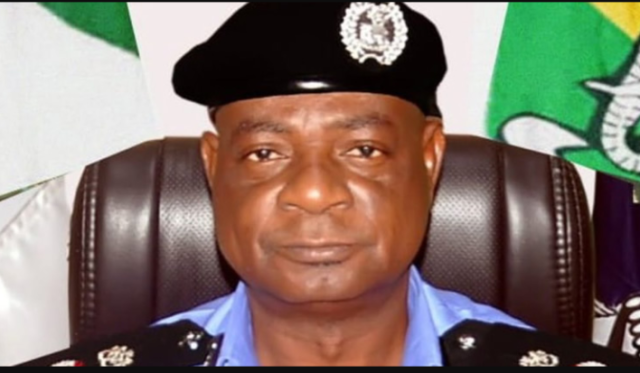 The Imo State Commissioner of Police, Muhammed Berde, on Thursday, disclosed that his command had dismissed seven policemen for fragrant abuse of police standard practice.

The CP who spoke to journalists in his office in Owerri, the state capital, on the readiness of the command to police the state ahead of the Christmas and New Year seasons said that his command would not condole any act of insubordination from any of his men.

Corroborating the CP’s stance shortly after, the command spokesperson, Micheal Abattam, in a statement, said the affected officers had been arraigned in court and dismissed.

The command’s spokesperson said that the CP had instructed heads of various units to ensure that their subordinates behave well.

The statement read, “Sequel to the inundation of the office of the Commissioner of Police with series of reports/complaints by members of the public on Police brutality, harassments, extortion, illegal checking of phones and flagrant disobedience to the Inspector-General of Police directives on extortion and incivility to members of the public, the Imo State Police Command has dismissed and charged to Court the following ex-policemen:  F/No. 462315 Sgt. Ohakim Chibuzo,  F/No. 505455 Sgt. Irome Finian, F/No. 505592 Sgt. George Osueke, F/No. 511966 Cpl. Kelechi Onuegbu, F/No. 512320 Cpl. Nwagoro Isdore, F/No. 528165 PC Nwadike Stephen and F/No. 528156 PC Ihemtuge Plastidus for the offence of Discreditable Conduct, Corrupt Practices and Leaving Beat.

“It will be recalled, that the ex-policemen were arrested on 08/11/2022 at about 1300hrs, in a bank at Umuahia, Abia State, in the course of performing illegal duty outside their jurisdiction and conspiracy to extort money from an innocent victim. They were defaulted, tried and found guilty of the charges levelled against them, thus were summarily dismissed and charged to Magistrate Court, Owerri with Charge Sheet Number: No. OW/746C/2022.

“Consequently, the Commissioner of Police has directed all Area Commanders, Heads of Departments, Divisional Police Officers and Tactical Teams Commanders of the various units in the Command to ensure their subordinates are warned against indulging in these sharp practices as any Police Officer found complicit will be made to face disciplinary actions.

“Furthermore, he directed the officers in charge of the Inspector-General of Police X-Squad Unit and the Commissioner of Police Monitoring Unit to commence high-level monitoring of the police officers within and outside the metropolis in order to forestall any unprofessional conduct by police officers. He further warned officers and men to be professional and uphold international standard best practices in the discharge of their duty.

“Finally, he appealed to members of the public to ensure proper conduct at all times in their encounters with police officers to avoid infractions which may be subject to prosecution and advised them to use the Command’s emergency control room numbers, in times of distress or whenever they are being harassed by any member of the Force for quick intervention: 08034773600 or 08098880197.”