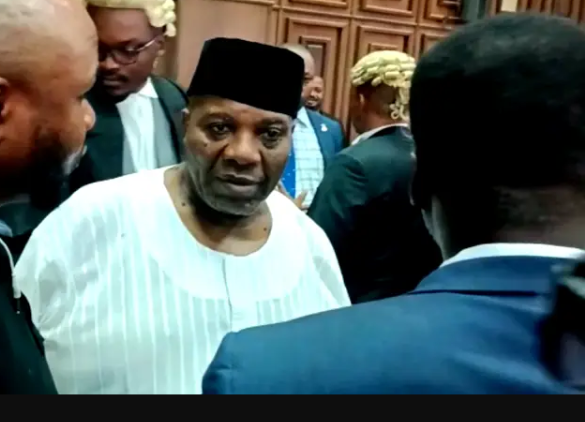 The Labour Party (LP) is specucated as considering a replacement for Doyin Okupe as the Director-General of its 2023 Presidential Campaign Council.

Channels Television reported that party source within the party, on Monday, confirmed that talks are already ongoing to replace Okupe.

The source, however, said the decision will be jointly taken by all concerned including Okupe himself.

Although he declined to mention possible replacements, fillers have former presidential aide, Akin Oshuntokun as a front runner to take Okupe’s position.

Justice Ojukwu held that the action of Okupe, who is the first defendant in the suit filed by the Economic and Financial Crimes Commission (EFCC), violated the Money Laundering Act.

Reacting to the judgement earlier through its Media Officer, Diran Onifade, the Labour Party Presidential Campaign Council (PCC), confirmed that Okupe has paid N13m fine handed to him by the court.

He said as the party that respects the rule of law, its officials will obey court judgments promptly.

Onifade, however, said appealing the judgment is a personal decision Okupe and that the PCC cannot influence that.

Meanwhile, Okupe, in a tweet after his conviction on Monday, blamed his “enemies” for his legal travails.