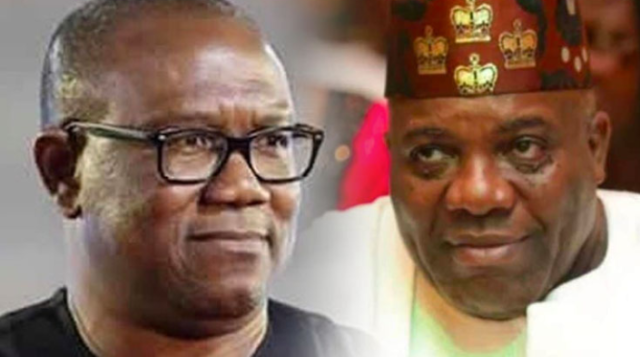 The spokesman for the Labour Party Presidential Campaign Council, Tanko Yunusa, has said the council is yet to make an official declaration on the resignation of the former Director-General of the council, Doyin Okupe.

This was also as he described as a rude shock the conviction of Okupe for money laundering by a Federal High Court in Abuja on Monday.

Speaking on Channels Television’s ‘Politics Today’ on Tuesday, Yunusa added that the PCC was also yet to decide on who to replace Okupe with.

“It (Okupe’s conviction) came as a rude shock to all of us. Dr Okupe is an exceptional democrat who believes in the rule of law; who is working very hard that Nigeria is taken back to the hands of the people. Immediately when we got the news, it took us aback normally as a group of people but you have to remember that this movement is not about one person, it’s a collective interest of everybody who wants to take Nigeria back to the hands of the people.”

He however said the campaign council would forge ahead in its activities, adding that the right decision would be made following the development.

“It would strengthen us and we would look within ourselves to take the right decision at the highest level.

“We have not officially made pronouncement as regards Okupe’s resignation until when the campaign council meets, then a decision would be taken on what and how to do it.

“It’s going to be a collective decision in the interest of the Nigerians,” he said.

It was reported that Okupe announced his resignation as the DG of the LP PCC on Tuesday, December 20th, 2022.

He made this known in a letter which was addressed to the presidential candidate of the party, Peter Obi.

In the letter, Okupe said, “Dear Peter, you will recall that I briefed you yesterday  (Monday) about my personal travails in seeking justice and clearing my name using the Nigerian legal system to pursue same.

“I have invested too much in your campaign to allow my personal travails to become a source of distraction.

“In the circumstances, I have decided to step aside and plead that you appoint a new campaign DG who can continue the assignment with zero distractions. God bless you and your family.”