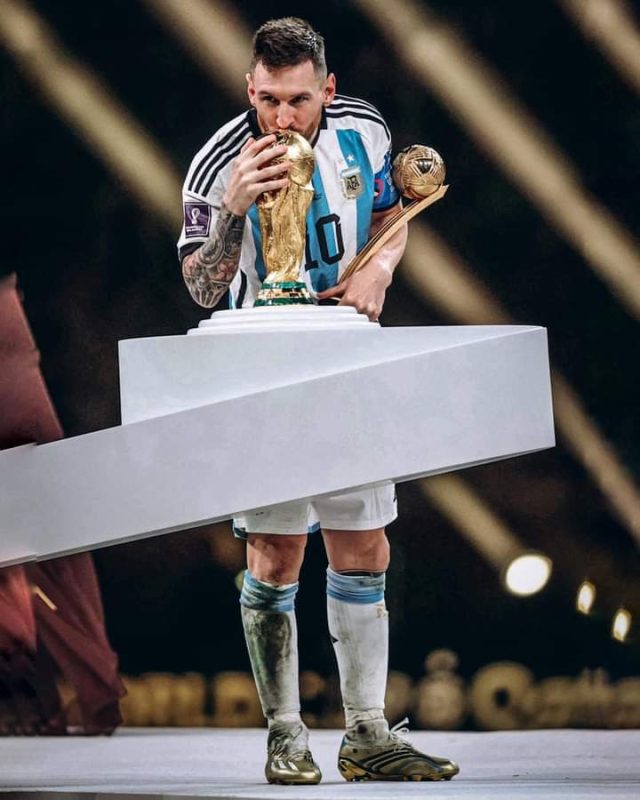 Argentina on Sunday defeated France 4-2 on penalties to clinch the FIFA Word Cup 2022 trophy in Qatar after the game finished 3-3 following an extra time at the Lusail Stadium.

Lionel Messi, Angel Di Maria scored a goal each in the first half, but Kylian Mbappe scored a brace in the dying minutes to keep France alive in the match and take the game into extra time.

However, Messi scored in the second half of the extra time, but Mbappe once again converted from the spot to tie the score 3-3 and take the game into the penalties.

Notably, it is La albiceleste’s third World Cup and the first for football superstar Lionel Messi, who had earlier confirmed that he will retire from international football after the FIFA World Cup 2022.

Talking about the thrilling match, France had fought back from 2-0 down and 3-2 down in extra-time to make it 3-3 and take the game to penalties.

Messi had given Argentina the lead from the penalty spot in the first half before Angel Di Maria made it 2-0.

The Argentinians looked to be cruising to victory until Mbappe scored twice in the 80th and 81st minutes to level it at 2-2.

France looked the likelier team to go on and win it, but Messi put Argentina 3-2 ahead in extra-time after poking home from close range after Lautaro Martinez’s shot was parried by France goalkeeper Hugo Lloris.

But there was more drama two minutes from the end of extra-time when Montiel conceded a penalty for handball.

Messi’s Paris Saint-Germain team-mate Mbappe stepped up to score from the spot for the second time to take the game to penalties.