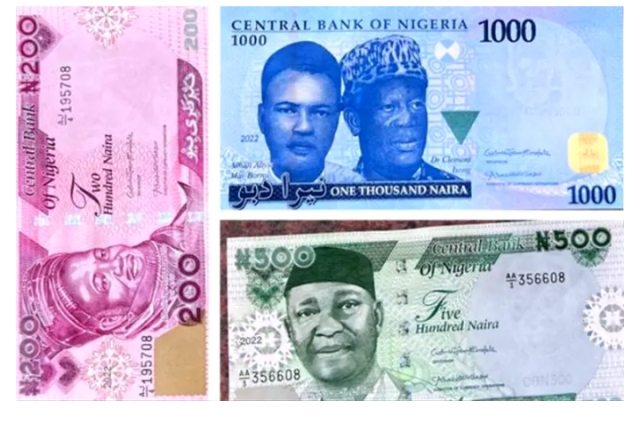 FOLLOWING, yesterday, release into circulation of the newly designed denomination of N200, N500, and N1,000 by the Central Bank of Nigeria, CBN, some commercial banks are still paying bank customers with the old naira notes.

This reporter, who visited over eight branches of commercial banks in the Ikotun, Igando, Egbeda, and Ikeja axis in Lagos, discovered that customers who withdrew cash over the counter were paid with old naira notes.

Mr. Jeremiah Oboh, a bank customer, who made withdrawals said that he was expecting to be paid with the new notes today (yesterday) but was disappointed when the ATM dispensed the old N1,000 note.

“It is a thing of disappointment that on getting to the bank to make withdrawal, they were still paying with the old naira. I withdrew N50,000 and all are old notes.  Look at it (showing it to this reporter). I wonder how these new notes will circulate around the country before January 31, next year.”

Another bank customer and Mobile Money and Bank Agent, Mrs. Aina Omosehin, said she withdrew N300,000, yesterday and that all were old notes.

“I am expecting that before the week runs out, the re-designed naira notes will have circulated a bit.”

However, Mrs. Adanma Omoregie, said part of the money she withdrew from an ATM on Lagos Island included the new naira notes.

“I expect that before mid January 2023, the redesigned notes would be half circulated. But I don’t think the complete circulation of the notes will be accomplished by the end of January 2023.”

Recall that the Governor of CBN, Godwin Emefiele, on October 26, 2022, announced that new Naira notes would be introduced to replace the current 200, 500, and 1,000 Naira notes.

Emefiele said the circulation of the redesigned notes would take effect from December 15, 2022, and grace to deposit all old denominations would end by January 31,2023.