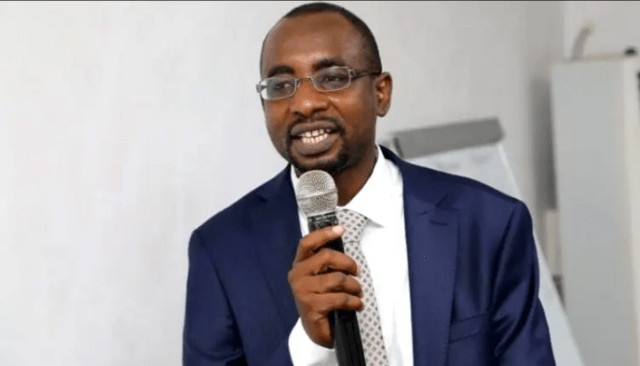 Nigeria holds a huge reservoir of human talent in the technology sector. As such, the country has a competitive advantage to become the global talent factory in the sector with the capacity to earn over $40 billion annually.

There is currently a vacancy of about 4 million programmers globally and Nigeria has the capacity to produce 2 million of these which can be plugged to the global value chain.

The panel, which held virtually, had other speakers including Oswald Osaretin Guobadia, SSA to the president on digital transformation, and Dawn Dimowo, government affairs and public policy manager, Google, while Segun Aina, president, Africa Fintech Network and chairman, Board of Trustees, Fintech Association of Nigeria, moderated the session.

Speaking further, Abdullahi referenced a PwC report, which noted that an average tech developer or programmer earns between $30,000 to $150,000 per annum. According to him, PwC confirmed that if Nigeria can have two million developers working remotely, with each earning about $20,000, the country can generate over $40 billion annually which is a significant amount capable of addressing the country’s forex challenge.

“The digital economy is about innovation, about people, about talent. So, talent is the people component of technology which I think is where Nigeria will have the competitive advantage over any nation in the world,” Abdullahi said.

“Globally, we are not there yet but with what the government is doing like the Startup Bill and other initiatives we have put in place, I think Nigeria is going to be there and we should be seeing ourselves as top players in the digital economy,” he said.

Citing a recent study by Korn Ferry which projected an 85 million talent deficit globally, the NITDA boss said all developed countries will suffer from this shortage with countries such as Brazil and Japan having about 18 million each. He noted that the global deficit is likely to reach $8.5 trillion of which Nigeria can benefit by capitalising on its huge availability of human talent and young population.

In his assessment of the top five biggest tech firms in the world, including Apple, Microsoft, Amazon, Alphabet and Meta, Abdullahi observed that their total valuation is over $9 trillion.

“If they were a nation, they would be the third-largest economy in the world because no country has $9 trillion, except the US and China,” he said.

As such, Abdullahi said Nigeria needs to identify where its strength lies.

Speaking on how NITDA is working towards building talents in the technology sector, Abdullahi said the agency has commenced its one million developers initiative aimed at empowering one million Nigerians to plug into the global value chain. He further noted that the programme is focused on building talents on emerging technologies such as artificial intelligence, blockchain, robotics, and data analytics, which he described as key to the digital economy.

“All these are disruptive technologies. They are going to change the way we live, work and do business. And they are foundational technologies, they cut across so many sectors,” he said.

Abdullahi noted that NITDA is working on the National Digital Economy Bill, aimed at providing the legal framework for the digital economy to thrive. He also called for constant review of legal frameworks and implementation of policies that support digital transformation and establishment of institutions that produce human capital through digital literacy and capacity building.

“We need to have institutions that will produce the human capital, because the digital economy is about innovation, it’s about people. So you need to add people with talent ideas that will be part of the ecosystem to help build the economy,” he said.

Abdullahi also encouraged entrepreneurs, startups, venture capitalists in the tech ecosystem to create partnerships focused on building creative ideas and investing in them.

He further encouraged the government to provide the enabling environments for all for the ecosystem to thrive, noting that the government has two major responsibilities including intervening in the area of legal framework, policies and regulation, and provision of infrastructure to unserved and underserved communities.