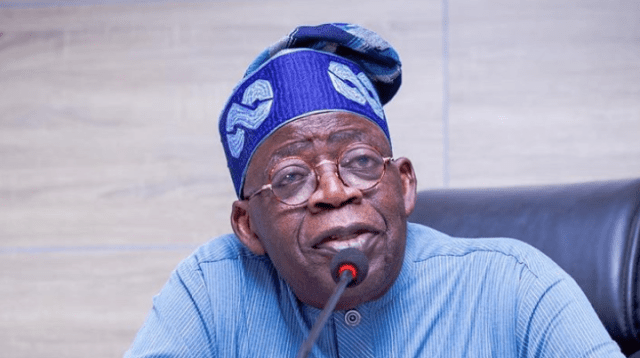 Few days after the national chairman of his ruling All Progressives Congress APC, Senator Abdullahi Adamu questioned the planned deployment of the Biometric Voter Accreditation System, BVAS, for next year’s general election, presidential candidate of the APC, Asiwaju Bola Tinubu has said the electoral umpire is yet to assure Nigerians of the fidelity of the system.

The Independent National Electoral Commission, INEC, had since 2011 been introducing technological innovations to enhance the electoral process.

It introduced BVAS and the INEC Results Viewing Portal IReV for some off-season elections and is set to deploy both innovations for the general election.

There had been allegations that some members of the political class were uncomfortable with the development.

However, speaking on Monday at a Chatham House session in London, Tinubu said; “We are still building confidence in our democratic and voting system. INEC is still yet to assure us during this election that electronic transmission – the technology being used for accreditation and the total vote count is reliable, dependable, and assuring in our democratic process before we introduce a complicated element of ballot counting.”

At a meeting with the pre-election delegation of the Commonwealth Election Observation Mission last month in Abuja, Senator Adamu said; “First, I was privileged to serve as a Senator. Our concern is how ready are we to deploy some of these technologies as regards transmission because we are taking a major step in transmitting election results in real-time?

“To transmit results, every part of the nation Nigeria, I am not sure that the network covers it. I know that even in parts of Abuja, there is no network and we have from now till February when in substantial parts of the country there is no electricity.

“INEC must assure us 100 percent that as and when due in transmitting results, they are ready because they spoke about recharging batteries but we had in previous elections when it said it could not recharge”.

At the same meeting, the National Organizing Secretary of the party, Ambassador Suleiman Argungu also said the new technology may not work in his home state, Kebbi.

He said; “As a rider to what the national chairman just said about INEC transmitting results directly during the coming election, apart from the issue of electricity that is unstable, a lot of the villages and communities bordering other countries, for instance, my state Kebbi that is bordering two nations during the previous elections the network of Nigeria for all the networks, Glo, MTN, Airtel you can’t get them. If you want to get them you have to use the number of the other countries to reach them. So, during election, I don’t see how the transmission of results will work. I see it coming”.