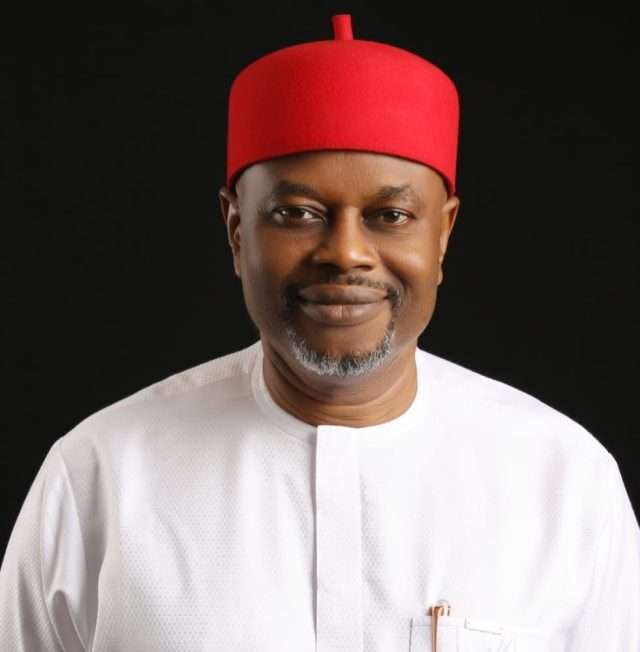 The governorship candidate of the All Progressives Congress (APC) in Enugu state, Chief Uche Nnaji, has said his administration would establish a Development Bank for the state, with a capital base of N250 billion if elected in March next year.

Nnaji, who spoke at the Enugu Chamber of Commerce Mines and Agriculture (ECCIMA) House, while presenting his programme to the Enugu Business Community under the aegis of (ECCIMA) and the Enugu Coalition for Business and Professional Association (ECOBA), promised that the administration he would lead would revitalize abandoned industries in the state.

He also said that he would build new industries in partnership with the private sector and reduce unemployment to a minimal level in four years.

Nnaji said, “I know that funding is a great programme, the government will be a catalyst in industrial development, and we will support small, medium and micro enterprises to grow.

“To this end, we will set up Enugu State Development Bank which will be registered with the Corporate Affairs Commission, Security and Exchange Commission and other relevant bodies.

“Government will own 10 per cent equity in the Development bank while the people of Enugu state and other private investors will own 90 per cent of the equity. So I don’t have a problem with funding our projects, we will use the development bank to catalyse industrial development.

“Any business we invest in, we do so with the private sector by investing 10% but when the business begins to do well, we will divest and move into another business.”

Cataloguing problems of Enugu state to include mismanagement of resources, multiple taxations and lack of capacity by government officials to deliver on their mandate, Nnaji promised to fix the perennial water problem in the state by revitalizing the seven water projects.

He promised to create 10,000 hectares of land in each senatorial district of the state and use government resources to prepare the land and allocate the same to young people and other farmers to cultivate with the provision of financial support and improved seedlings and machinery, to produce for local and export.

Furthermore, he said he would build power-generating plants to generate 50 megawatts of electricity combination of sources including solar and wind energy.
Nnaji said that he was the candidate that was into the real oil and gas business as he owns substantial equities in oil wells in Nigeria and also equity in refineries outside Nigeria.