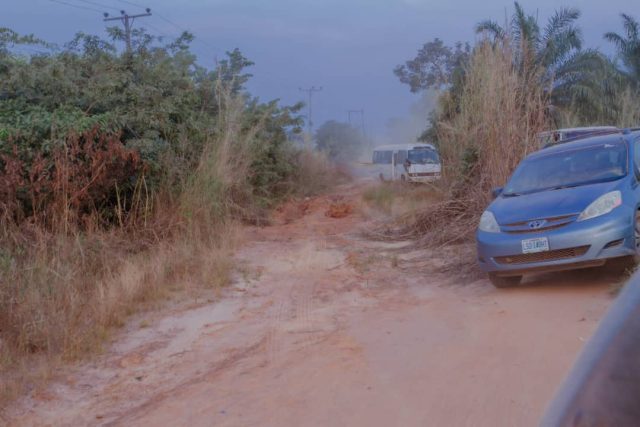 Indigenes from various communities in Nkanu East Local Government Area of Enugu State on Tuesday trooped out in their numbers to table their needs, discuss solutions and pledge unalloyed support for the governorship candidate of the All Progressives Grand Alliance (APGA), Frank Nweke Jr as well other APGA candidates.

In a resumption of the ward-to-ward campaign suspended before to honor victims of deadly herdsmen attack in Isi-Uzo communities, Nweke visited the communities of Amagunze, Nkerefi, and Nume-Unateze in Nkanu East Local Government Area of Enugu State. The people trooped out from these communities in response to the call by the trail-blazing APGA candidates to state their needs to share with them his plans to solve them. 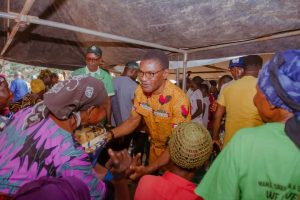 However, it was all stories of woes as the hapless indigenes recount deprivations they have suffered at the hands of the PDP-led government in the state for years. They are particularly angered about the deception of the government which made promises but never maintained them. They complained about lack of clean water supply, lack of electricity, very bad sections of their roads, lack of teachers for the schools as well as a very poor learning environment. 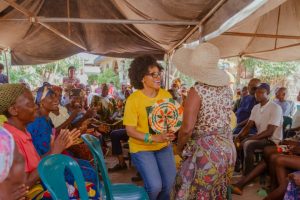 The case of Nkerefi is very pathetic. The community has been without an electric power supply for the past 24 years, a situation Nweke said he never thought would still exist today. The community has no water supply hence they rely on a body of stagnant water for their daily needs.

The very bad roads, dry, dusty, bumpy, and abandoned, especially the case in Nume-Unateze, are indicative of the high-level depravity of the people currently in government. That our people are still living under such excruciating conditions where there is no access to clean water, no power supply, no teachers for the schools, and so on, after over two decades of PDP-led government means the party has failed woefully, hence it should be booted out.

Fortunately, there seems to be an appreciable level of consciousness amongst the people that either they reject the corrupt system or the corrupt system will destroy them. The people are now ready to identify genuine candidates who have proven records of accomplishments, someone whose words are his bond, and someone who offers transparency and accountability in governance. It is such a candidate personified in Nweke that the women, like Mrs. Eziamaka Aniobi, have vowed to give their votes.

As one navigates the impossible roads under the scorching sun across a community that has no clean water, no electricity, no teachers in their schools, no jobs, and no conducive learning environment in this 21st century, it comes to mind that the stake is very high. It has gone beyond politics; it is now a struggle to save the people from evil men who play politics with the destiny of the entire communities. It is a fight that all men of goodwill must fight else evil would triumph over good.

This is why Frank Nweke Jr is the man to support and vote for this coming election. With patience, he explained his plans to address the concerns raised by the citizens and vowed to ensure that all their necessities for life are met.

He remained pragmatic in his promises, yet ambitious in his determination to provide the needed infrastructure for each community.