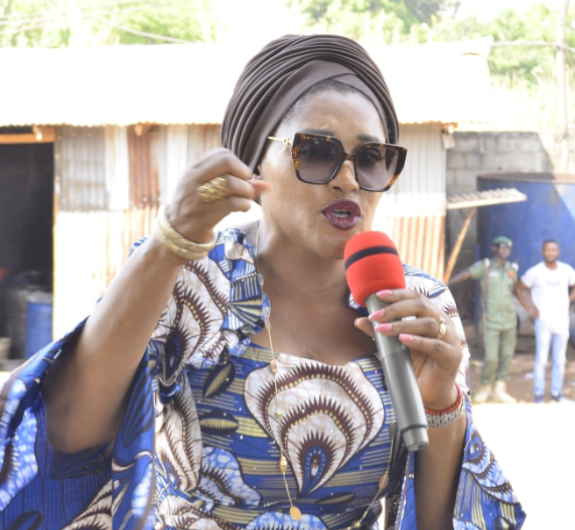 The Candidate of All Progressives Congress, (APC) in the forthcoming 2023 Senatorial Election in Enugu East District, High Princess Ada Ogbu Nara Unataeze has reiterated her commitment to serve diligently, and competent representation of her people if elected into the Senate.

Ada Ogbu made this known while addressing the electorates living at the people of Ologo Quarters, Coal Camp, Enugu.

Ada Ogbu, who decried the lack of federal presence in the Enugu East senatorial zone, said good representation on the floor of the Senate would guarantee the attraction of more basic amenities.

Ada added that she is interested in building and transforming both human and infrastructural assets with Enugu East Senatorial Zone.

“I am here with a clear vision, and programs to attract dividends of democracy to our zone and I urge you to vote for me,” Ada said.

“Sending people who are going to the Senate to rest and have fun has kept our people Shortchanged in the recent past. This is what my candidature will end and enthrone quality representation” Ada added.

The audience in their various remarks commended Princes Ada Ogbu for her courage to venture into the race. According to them, High Princess Ada Ogbu has the qualities to represent them and convince programs.