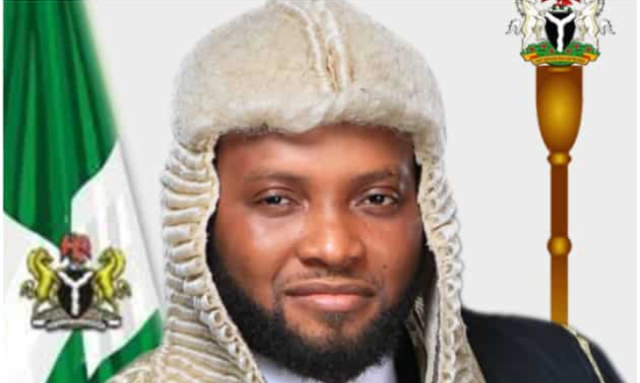 The EFCC has been granted its request to arrest, detest and arraign the deputy speaker of the Imo state House of Assembly, Amarachi Iwuanyawu.

The anti-graft agency’s request was granted on Friday, November 25, by the Federal High Court in Abuja Iwuanyawu is being accused of being involved in an alleged N785 million fraud against a firm, Hokiz Investment Limited.

The Federal High Court in Abuja has ordered the arrest of Deputy Speaker Amarachi Iwuanyawu of the Imo State House of Assembly, over his alleged involvement in N785 million fraud.

The presiding judge, Justice Inyang Ekwo on Friday, November 25, gave the order after an ex-parte request by the Economic and Financial Crimes Commission (EFCC) for a warrant arrest against Iwuanyawu, Premium Times reports.

Justice Ekwo not only granted the EFFC’s request but approved that the accused be detained in the commission’s custody till 23 February 2023, when he will be arraigned in court.

In the said deal, the management of Sun Gold Estate Limited agreed to build 14 units of the four-bedroom terrace and one block of six flats on the land of Hokiz Investment Limited at Mabushi in Abuja.

The court discovered that both companies agreed that 40 percent of the buildings would be allocated to Hokiz Investment Limited, the owner of the land, while Sun Gold Estate as the developer would retain 60 percent. But, upon completion, Sun Gold Estate Limited was said to have sold off all the buildings without the knowledge of Hokiz Investment Limited.

Fact Emerges It was gathered that the deputy speaker made away with the value of the 40 percent of the buildings put at N785 million.

According to the EFCC’s lawyer, Olarewaju Adeola, a petition signed by Abdullahi Malik, a Senior Advocate of Nigeria (SAN) on behalf of Hokiz Investment Limited was being investigated.

Adeola disclosed that all efforts to make Iwuanyawu honor the anti-graft agency’s invitations concerning the allegations were futile and that the lawmaker escaped to the United States.