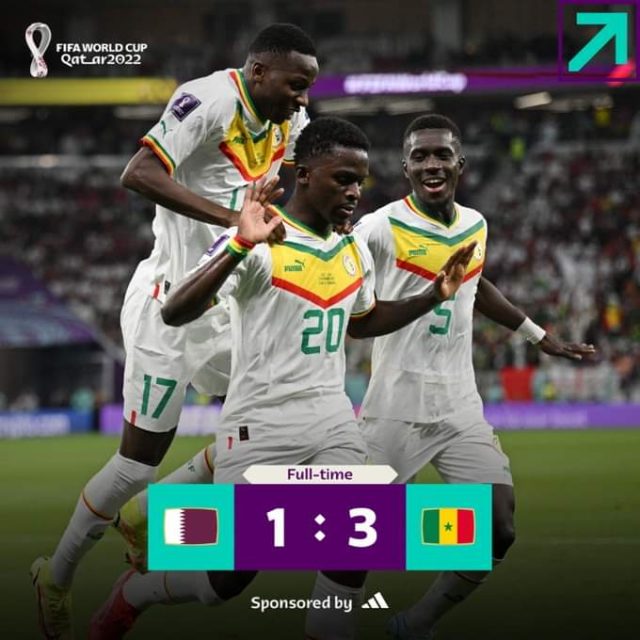 The Teranga Lions of Senegal have secured Africa’s first victory at the ongoing FIFA world cup after defeating host Qatar on a 3-1 score.

Senegal defeated host Qatar in a Group A match at the 2022 World Cup, becoming the first African side to win a game in the tournament.

The Teranga Lions lost their first match to The Netherlands but bounced back on Friday to revive their qualification hopes.

Goals from Boulaye Dia, Famara Diedhiou, and Bamba Dieng were enough to beat Qatar, who will be eliminated if Group A leaders Netherlands avoid defeat to Ecuador later on Friday.