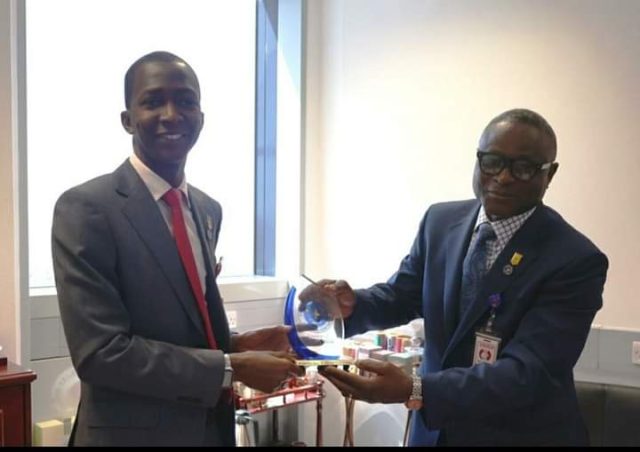 Executive Chairman of the Economic and financial Crimes Commission, EFCC, Abdulrasheed Bawa has concluded plans to roll out programmes aimed at rehabilitating ex-convicts, most of whom are youths that have been convicted for internet fraud related offences.

The EFCC boss gave the hint on Thursday, 24th November, 2022 during a courtesy visit by officials of the Citizenship and Leadership Training Centre led by the Director-General, Soji Eniade at the EFCC headquarters, Abuja.
According to Bawa, the desire to partner with the relevant organisations to rehabilitate ex-convicts is to allow them to separate themselves from the psychological and environmental factors that made them commit crime in the first place.

He said, “I am worried, very concerned for the future of the youths of this country. I honestly do not derive joy in the arrest, investigation and prosecution of the thousands of youths who are supposed to be in their productive ages; but the job must be done. We must concertedly cleanse the system of all forms of economic and financial crimes. In doing that, we must also think of how to rehabilitate and bring the ex-convicts back to the society, hence the collaboration”, he said.

The rehabilitation, the EFCC boss said, “Will involve psychological approaches to morality and cognitive sanity as well as general education such as literacy skills and work training. The goal is to re-integrate offenders back into society after serving their time in prison”, he added.

The CLTC Director-General, Eniade, described the objective of the visit as creating a synergy to advance frontiers for the restoration of confidence in national unity and attitudinal change particularly among youths and young officers on the impact of individual actions on nation building and the corporate image of the country.

While describing the importance of the rehabilitation programme as proposed by the EFCC as top-notch, Eniade said it is very important to re-educate and retrain those who commit crime to discourage them from further engaging in the same or in any other crime.