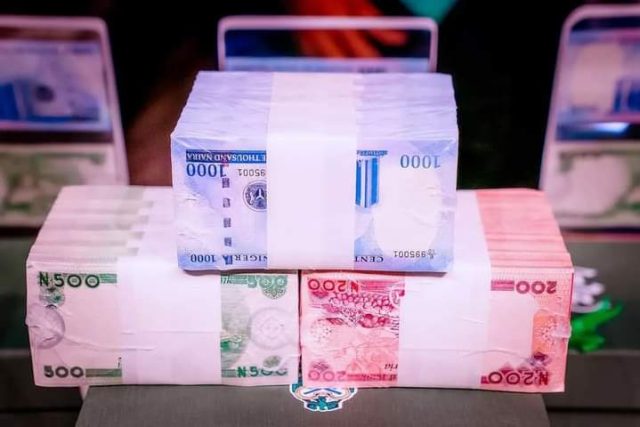 The Governor of the Central Bank of Nigeria, Godwin Emefiele, has announced that the President, Major General Muhammadu Buhari, will unveil the new naira notes during the weekly Federal Executive Council at the Presidential Villa on Wednesday.

He also said the new notes would go into circulation before the December 15, 2022 date earlier stated by the central bank.

He made the announcement during a press briefing held after the Monetary Police Committee meeting in Abuja.

Meanwhile, the Director of Information Technology at the CBN, Rakiyat Mohammed, said that about 36 million Nigerians currently had zero access to financial services.

Mohammed, who spearheaded the development and deployment of the eNaira, stated this on Tuesday during the Zenith Bank Tech Fair which was held in Lagos.

Delivering her presentation at the Fair which is themed ‘Future Forward,’ she said the CBN was the first Central Bank in Africa and second in the world to launch a Central Bank Digital Currency.

According to her, the development of the CBDC was borne out of the urgent need to provide “financial inclusion to the 36m Nigerians who currently lack access to financial services.”

She said, “Nigeria has the 6th most advanced retail payment system. This was according to a report by ACI. So, if you look at that report, you will see why.

“Remember, when the president launched eNaira, he did say in the next 10 years, we expected eNaira and its associated technologies to increase our GDP by $20bn. We are working on that.”

She further stated that in the light of emerging trends, it had become pertinent to develop a currency that was a legal tender that would be able to play in the digital economy space.